“We have upgraded emerging market debt on a tactical basis as positive vaccine developments bolster the case for an accelerated global restart in 2021.”

Taken from the latest weekly market commentary from the BlackRock Investment Institute. 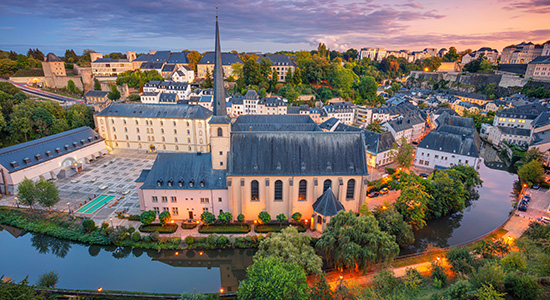 Luxembourg paints bright picture
“Today, amidst the chaos of a global pandemic, it has not only remained resilient, but it continues to exceed expectations,” says Valeria Merkel, audit partner and co-head of private debt at KPMG, painting a positive picture of the private debt asset class.

Indeed, the latest Private Debt Survey from KPMG and The Association of the Luxembourg Fund Industry contains plenty of encouraging news. Based on private debt funds domiciled in Luxembourg, it found that they have increased assets under management by more than 36 percent in 2020 to more than €108 billion. Direct lending and senior loan strategies saw AUM increases of 7 percent and 2 percent, respectively.

The survey identified the managers of the funds as being overwhelmingly from the EU (82 percent), with 17 percent from North America and 1 percent from Central and South America.

It also revealed an increase from 8 percent in 2019 to 28 percent in 2020 of funds structured as reserved alternative investment funds. The RAIF was introduced in 2015 and was designed to make Luxembourg more attractive as a domicile. It appears to be working.

Red flags for European leveraged finance
Research from S&P Global Ratings lays bare how hard the European leveraged finance market has been hit by covid-19. It finds that defaults and CCC holdings are up, loan supply is down and – while collateralised loan obligation managers have been adapting by trading out of weaker corporate sectors – this has sometimes come at the price of par losses.

The ratings agency warned there was still “a high degree of uncertainty” about the evolution of the pandemic, despite the announcement this week that the Pfizer vaccine had been approved for use in the UK. It said such promising developments were “merely the first step toward a return to social and economic normality”.

The firm found that leverage levels for US buyout transactions have decreased to 5.4x in 2020, compared with 5.8 to 6.0x in previous years. Meanwhile, equity cushions have increased to a healthy 50 percent.

MD for Owl Rock in London
New York-headquartered fund manager Owl Rock Capital has hired Amy Ward as a managing director to lead its new London office. She will oversee the firm’s institutional client service and business development for the European market as Owl Rock looks to expand its client base outside of the US.

Ward was previously a partner at fund manager Pollen Street Capital, where she was responsible for fundraising and investor relations.

Certior progresses niche distress fund
Helsinki-based funds of funds manager Certior Capital has held a first close of its Certior Special Opportunities Fund on €35 million, backed by European pension funds and family offices. The fund is targeting smaller distressed opportunities and is aiming to raise €75 million in total, with a final close planned for May next year.

Asian Infrastructure Investment Bank has confirmed a $100 million commitment to ADM Capital Elkhorn Emerging Asia Renewable Energy Fund. The vehicle, which has a target size of $500 million, is managed by ADM Capital and invests in the corporate sector through a venture debt strategy across Asia.

This is the first time Asian Infrastructure Investment Bank has invested in a private debt fund.

Korea Post Savings, the investment unit of Korea Post, has issued a request for proposal for overseas direct lending managers. It aims to commit a total of $200 million to two fund managers.

The successful firms should have a closed-end commingled fund of at least $500 million in size, with at least 80 percent allocation to first-lien debt including unitranche, while sector-focused funds such as real estate, infrastructure and energy are not included. The fund should also have a net internal rate of return of at least 5 percent.

The submission deadline is 15 December 2020 with a decision to be put forward to the investment committee in February 2021.