“We see this as giving CDPQ a credit angle. Instead of taking an equity piece of a major deal, we can offer a debt solution.”
Martin Laguerre, Caisse de dépôt et placement du Québec’s new private equity chief, talking about the merger between CDPQ’s private equity and capital solutions units in an interview here with affiliate title Buyouts. 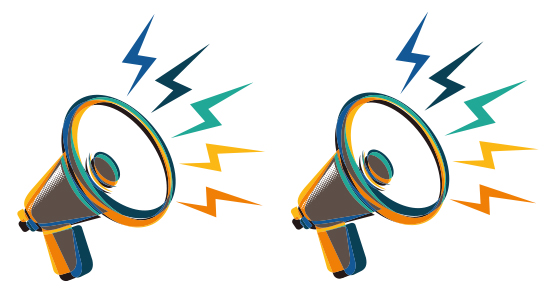 We identify the big talking points
Covid continues to cast a shadow but, in the private debt world, it’s no longer a macroeconomic factor of concern. Looking ahead to the next 12 months, respondents to a survey for our Talking Points 2021 report were asked to identify the major trends they would be wrestling with. While the pandemic barely registered, stock market volatility and interest rates were the top two macro issues cited.

Among other findings were a high level of optimism when it came to market conditions, with 80 percent expecting an improvement over the next year and 74 percent considering private markets to be a more attractive environment than public markets. Also evident was a sense that Asia-Pacific is the future of fundraising, with three-quarters of those canvassed tipping Asia-based LPs to be a bigger part of their investor base over the next five years.

In the report you will also discover what the five major talking points were in private debt in the first half of this, along with a host of features, Q&As and essential data.

NPLs to rise but not surge
Property consultancy JLL this week provided a glimpse of its first European NPL Market Update report [you can register to receive the full report here].

Drawing on European Banking Authority data, JLL said non-performing loan volumes are set to rise, but not surge, in the near term. It put the lack of a surge down to lender forbearance – with forborne loans up by 7.6 percent in Q1 – and government-backed loan schemes. As a result, it said the NPL ratio fell by 10 basis points to a decade low of 2.5 percent in Q1.

But Ian Guthrie, senior managing director in JLL’s loan advisory and restructuring services division, said pressure on the banking sector is expected to increase next year, resulting in more underperforming loans and NPLs, due to an uneven recovery across countries and sectors.

Software financings – with a difference
Such is the interest in the software sector, given its impressive performance through the travails of 2020, that even relatively young growing companies have found themselves targets for private equity firms and lenders. But as Xenia Sarri, a managing director at US investment bank Lincoln International, told Private Debt Investor, this involves innovation around how to finance them.

While most lenders tend to take comfort from lending against EBITDA, many of these fledgling software companies have either a break-even or negative EBITDA profile. Therefore, many of the financings today are based instead on recurring revenues. Although this type of financing has been seen in the US for around a decade, it has only appeared in Europe over the last few years.

More are prepared to take a chance on financings they may be unfamiliar with due to soaring demand for software companies. Sarri says Lincoln has typically advised on four or five recurring revenue deals per year, but over the last 12 months this has risen to 20.

BC Partners COO moves to Pemberton
Pemberton, the London-based European private credit manager, has appointed Graeme Dell as its new chief operating officer. Dell joined Pemberton on 1 July, 2021. He brings over 30 years of financial services experience in private equity, asset management, equities broking and investment banking, most recently at private equity firm BC Partners, where he was COO for the last seven years.

The fund will comprise up to 20 opportunities across a range of private market segments with a complementary strategic, industry or regional emphasis. It will seek to deliver a net internal rate of return of 11-13 percent, based on concentrated exposure to secondaries-orientated investments, alongside more traditional primary and potential co-investment opportunities.

Texas County and District Retirement System has approved a revision to its existing investment policy following the pension’s June board meeting.

The consideration of distressed debt investments in both the US and other regions. In the long-run, TCDRS expects the performance of the distressed debt component of the private credit portfolio to exceed that of the wider asset class by 3 percent.

TCDRS is considering private debt investments outside of the typical direct lending, preferred equity and senior and mezzanine debt origination the pension typically invests in. Other potential lending components under consideration include non-correlated funds as well as royalty streams and leasing.

TCDRS may also consider future co-investments alongside the pension’s existing managers, with this including the potential for both control and non-control positions with regards to investment discretion within the vehicle. Any potential co-investment must be consistent with the relevant manager’s strategy, focus and skill set. The pension fund is considering allocating to a maximum of 10 co-investments per year.

This revision to the policy was recommended to the board by chief investment officer Casey Wolf. Wolf took the reins as CIO in April 2018, having previously been managing director for TCDRS’s hedge fund and opportunistic credit portfolios.

As of the end of H1 2021, TCDRS had made commitments to eight direct lending funds, alongside three vehicles each focused on distressed debt and strategic credit out of its wider private debt portfolio.