“Amongst our clients, flows into responsible investment funds have gone up 6,000% in the last five years” 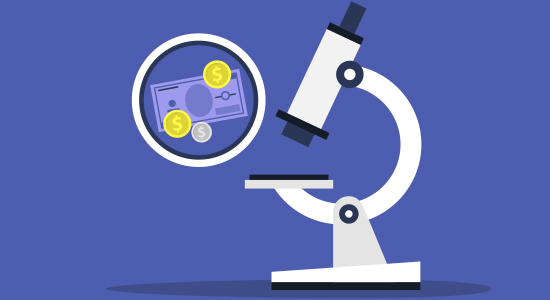 Private debt under the microscope

“Loan funds are on the radar of macro-prudential regulators as a source of potential systemic risk,” says Jiri Krol, global head of trade body the Alternative Credit Council, in an article written for Private Debt Investor.

This brings back memories of the bad old days when private debt was in its infancy and widely described as “shadow banking” by those who knew little about it other than that it apparently didn’t come under the same regulatory scrutiny as the banks.

As the asset class has matured, the “shadow banking” description has been heard much less. Rather like its private equity cousin, private debt has made a compelling case as a supporter of the economy. Many mid-market businesses that previously relied on bank finance, and which can do so no longer, have been grateful for the increasing prevalence of the private debt option.

But, rather like with private equity, criticism aimed at private debt appears to ebb and flow – and, at the moment, the asset class finds itself under some pressure. Consider, for example, this article in the Financial Times (paywall) in which ratings agency Moody’s describes a “mounting tide of leverage sweeping into a less-regulated ‘grey zone’”.

Krol’s article focuses on the possibility of wide-ranging EU regulation, and encourages the asset class to mobilise in demonstrating why private debt should be cultivated rather than constrained. One thing’s for sure: private debt and its relationship with regulation are once again in the spotlight.

Despite these reasons for caution, however, Värde believes the near to medium term outlook remains “broadly positive”.

The firm has been making a concerted push in the Asia-Pacific market, recently announcing the appointment of Apollo veteran Matt Michelini as head of Asia-Pacific. Other hires have included Ian Bell as head of institutional client and product solutions for Asia-Pacific, based in Hong Kong; and Tetsuji Okamoto as head of Japan, private equity.

Shawn Lim, former vice-president of corporate structured products at Oak Hill Advisors, has joined the firm as a vice-president in its structured credit investment team. Lim will be responsible for sourcing, analysing and executing investments in collateralised loan obligation liabilities and equity.

Zachary Radler, a former director at GoldenTree Asset Management, has joined as a director in the business development team. Radler will focus on deepening the firm’s relationships with institutional investors across North America.

Under the agreement, American Equity and Monroe will work together to scale the platform with third-party investors, including other insurance companies, through structured products based on the STARR platform.

Los Angeles County Employees Retirement Association has issued a request for proposal for an illiquid credit emerging manager programme separate account manager. The deadline for an intent to respond submission is 26 November.

According to the RFP document, the separate account manager would be expected to source, conduct due diligence on and manage a portfolio of illiquid credit emerging managers. The RFP mandate proposal is for an allocation of approximately $750 million.

LACERA currently has a 7 percent target allocation to illiquid credit. The pension plans to allocate 15 percent of its illiquid credit portfolio to its emerging manager programme.