“We now know what we are dealing with: a protracted stand-off between Russia and the West. We also think it has reduced the risk of central banks slamming the brakes to contain inflation” 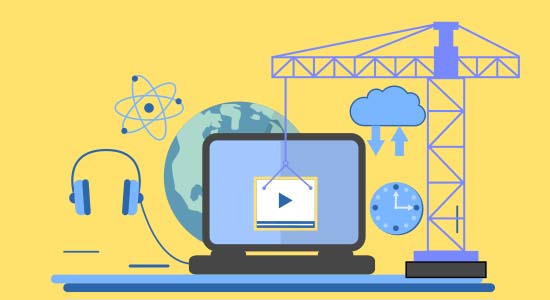 Survey finds virtual underwriting embraced by LPs
One of the most notable changes forced on limited partners by the covid pandemic was the requirement to conduct fund manager due diligence remotely rather than in-person. Those who thought the trend would fade away in time may have to think again, according to a study from placement agent Capstone Partners.

Capstone found that virtually underwriting re-ups had become a completely normal part of LPs’ modus operandi, with only 9 percent of 130 global investors saying they had not used virtual processes to underwrite re-ups in 2021.

It’s notable how quickly sentiment changed. Capstone says that, in 2020, the picture was very different with 37 percent of global investors uncomfortable underwriting new managers remotely, and a figure of 80 percent for Europe and 82 percent for Asia-Pacific.

Most commitments in 2022 are expected to be in the form of re-ups, according to the survey, with plenty of large, blue-chip managers tipped to return to market. Sixty-nine percent of Asia-Pacific investors expect more than 60 percent of their commitments to be re-ups this year, compared with 62 percent in the US and 59 percent in Europe.

S&P explores consequences of Ukraine conflict
In an environment that was already looking volatile with inflationary pressures, rate rises and ongoing supply chain issues, along came the harrowing conflict in Ukraine. In a new report (log-in required), S&P Global Ratings wrestles with some of the likely outcomes from both a macro and credit perspective.

It will surprise few that, at the macro level, S&P is predicting “sustained inflationary pressures” as a result of higher energy, food and metal prices. Those already feeling the force of inflationary pressures as well as the tapering of US monetary policy – especially emerging markets – will experience a further drag on economic expansion.

“The sudden materialisation of this downside geopolitical risk tilts our current baseline sharply to the downside,” the report warns.

Looking at credit more specifically, S&P raises the prospect of “risk repricing that drives up borrowing costs or limits funding access for weaker borrowers” as well as “profit erosion for sectors that are energy intensive or rely on consumer discretionary spending”.

Of course, it’s still early days in a conflict that tragically appears to have a long way to run and certain consequences are likely unforeseeable. While acknowledging these limitations, our most recent Friday Letter explored some ways in which the conflict may have an effect, including on the actions of central banks.

Record breaker. Strong deal activity in the final quarter of 2021 contributed to a record-breaking year for the asset class with almost 800 deals completed. After a difficult 2020 at the height of the covid-19 pandemic, demand for private debt rebounded strongly and, coupled with considerable dry powder in the industry, pushed transaction numbers more than 50 percent higher than the previous record in 2019.

The model and methodology, developed in-house by AlbaCore, measures the portfolio’s GHG footprint for all scenarios, including when public data is not available. The GHG data is integrated into AlbaCore’s internal risk system, which it says is monitored on an ongoing basis to refine the CCI footprint analysis as data quality improves and regulatory pressure encourages more companies to report.

The CCI solution will provide quarterly reporting on the GHG footprint of the portfolio as a whole and on a name-by-name basis, verified by a third party.

European ESG finance rocketing
The upsurge in ESG financing in Europe is laid bare in a new report from the Association for Financial Markets in Europe. It shows that ESG bond and loan issuance in the region increased 89 percent last year, from just over €396 billion to almost €750 billion. ESG bond issuance represented more than 20 percent of total European bond issuance last year compared with just over 9 percent in 2020.

Minnesota State Board of Investment approved $400 million-worth of private credit commitments across three vehicles at its February board meeting, a contact at the pension confirmed to Private Debt Investor.

The organisation made commitments of $100 million each to HPS Strategic Investment Partners V and Värde Fund XIV, as well as $200 million to Oaktree Special Situations Fund III.