“While inflation may have slowed slightly to fall within the Bank of England’s target of 2 percent this does not mean that rates won’t pick up over the coming months.” 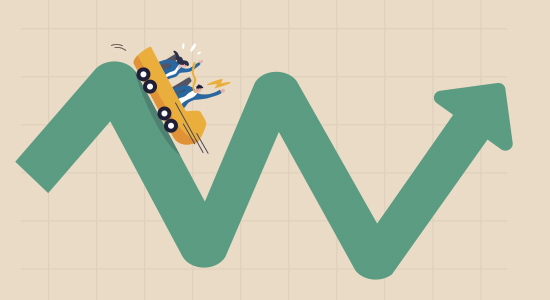 Credit score ups and downs highlight volatility
Volatility in the credit industry is being seen among global corporates, says credit analytics firm Credit Benchmark. According to recent data, the numbers of both fallen angels, companies that have had credit scores fall from investment-grade to high-yield status, and rising stars, companies that have risen from high-yield to investment grade, have increased.

Fallen angels’ numbers rose from 235 to 289, representing 4 percent of the global sample of 7,667 companies across sectors, according to the firm. The highest portion of investment-grade firms that shifted to high-yield was seen in leisure goods, representing 12 percent, while travel and leisure represented 11 percent. The sectors that dropped in numbers were personal goods and technology hardware and equipment.

Rising stars’ numbers climbed from 343 to 514, representing 5 percent out of the global sample of 10,161 companies across sectors, according to the firm. The highest percentages of high-yield firms that shifted to investment-grade was also leisure goods at 12 percent, as with the fallen angels’ numbers. Forestry and paper represented 11 percent. The sectors that declined were general industrials, travel and leisure, and food and drug retailers.

Credit Benchmark’s monthly monitor of fallen angels and rising stars tracks the changes to and from investment-grade and high-yield status for companies since the beginning of the year.

Funds set for aviation finance take-off
Has the pandemic crippled the aviation industry? Not if fund managers have anything to do with it. According to an online and LinkedIn survey conducted by aviation services consultancy ACC Aviation, 46 percent of respondents believed capital market funding through debt and equity funds would dominate aircraft finance post-covid.

This is notable in an industry that has traditionally been dominated by bank financing. But bank debt is now seen as only the third-most suitable avenue for funding, behind export credit. Twenty eight percent of respondents said they thought export credit financing for the industry would increase.

“The good news is that the aviation lender and investor community is re-engaging with airlines,” reports ACC Aviation. “More transactions are being pursued as capital starts to flow back into the industry and investors and lessors are actively seeking new transaction opportunities.”

Bigging up the Benelux. Private debt deals in the Benelux have surged in the first half of 2021, according to research from GCA Altium. So far this year, a total of 23 private debt-backed deals have completed, only slightly short of the record full-year figure of 27 set in 2020. If momentum is maintained, then 2021 could easily be a record-breaking year in the region.

The firm recorded a net asset value of $13.33 a share, an increase of $0.48 a share or 3.7 percent, and its net investment income for the second quarter is $0.30 per weighted average share, according to the firm. Its regular dividend of $0.30 per share will be payable to holders at the end of the third quarter.

“Our portfolio continued to perform well through Q2, as evidenced by over 85 percent of our companies maintaining the green rating, as well as ongoing growth in book value, which improved an additional $0.48 to $13.33,” said chief executive officer Robert Hamwee, in a news release.

Climate plea from BlackRock
An arresting call for urgency on climate change action in BlackRock’s Weekly Market Commentary this week: “Severe climate events around the world this year have intensified debate around the effects of climate change and the risks they pose to portfolios. Investors should no longer view the transition to a low-carbon economy as a distant event only, in our view, as it is happening here and now. Climate risk is investment risk, and the narrowing window for governments to reach net-zero goals means that investors need to start adapting their portfolios today, in our view.”

KTB Asset Management has agreed to commit 550 billion Korean won ($472 million; €401 million) to Bridge Debt Strategies Fund IV. The fund is managed by Bridge Investment Group, and will invest in multifamily residential housing loans in the US.

The South Korean asset manager has chosen a vehicle focused on the origination of debt in North America.