“History teaches us that October is tricky for stock markets having been the month in which some of the biggest market routs have begun. But this year, I believe the autumnal volatility is going to be seen earlier, with markets getting jittery in September” 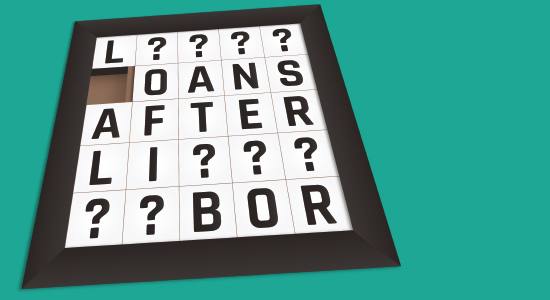 The benchmarking puzzle
It’s a question that has urgency for all firms managing loan portfolios: what replaces the London Interbank Offered Rate, the soon-to-be-phased-out benchmark? In the cover story of our newly published September edition, we look at the alternative reference rates and consider their pros and cons.

We also examine how direct lending has gained a foothold in the Nordic markets; investigate the reasons behind the rise of venture debt; and reveal all the key fundraising facts and figures from the first half of this year – plus much else besides.

Here comes the illiquids wave
In what it describes as a “great rotation”, a new report from Rede Partners predicts that increased allocation to illiquids will result in a $20 trillion industry, representing 10 percent of global market capitalisation, by the end of the decade.

The fundraising advisory firm thinks the old allocation model of “equities, fixed income, cash and a small percentage of alternatives” will be replaced by a new model of liquids versus illiquids, with “investors splitting equity and credit across these two buckets”.

The report also predicts that GP specialisation will become standard; that the ‘blind pool’ will come to an end as investors commit based on what’s already in a fund as well as what’s expected to be transferred; that carbon targets will become all the more important; and that government oversight will increase.

Prolific first half for MIM
MetLife Investment Management, the institutional asset management business of MetLife, has reported that it originated $6.4 billion in private placement debt and private structured credit in the first half of the year.

Some $6.4 billion was allocated across 107 transactions, MIM said, with $1.2 billion of it going towards investments of unaffiliated institutional clients. The firm said its total private placement debt and private structured credit in assets under management stood at $102 billion at the end of June.

“Market activity through the first half of the year was strong as issuers bolstered their financial position and institutional investors sought out a greater range of investment opportunities,” said Nancy Mueller Handal, MIM’s head of private fixed income and alternatives, in the release containing the firm’s announcement.

MIM’s private placement origination in the first half of 2021 included $4 billion in corporate, $1.5 billion in infrastructure and $848 million in structured credit transactions, said the firm. It also added 52 new credits to its portfolio.

“We expect continued strong activity in the second half, and we look forward to supporting our issuer community and investor clients,” said Mueller. MIM manages more than $666 billion of assets.

Mitchell touches down at Pennant Park
PennantPark Investment Advisors, a mid-market credit platform, has hired former US pro football player Pete Mitchell as its managing director and head of private capital fundraising, the firm said in a news release. He will focus on leading fundraising for private vehicles at the New York-based firm.

“We are pleased to welcome Pete to our team, as he brings years of expertise and deep relationships, particularly with pension funds,” said Art Penn, PennantPark’s founder and managing partner.

Mitchell was previously with Crescent Capital, marketing the firm’s strategy to institutional investors. Prior to that he worked at Thornburg Investment Management and EnTrust Capital.

He spent nine years playing in the NFL for the Jacksonville Jaguars, New York Giants, Detroit Lions, and Indianapolis Colts.

Iowa Public Employees’ Retirement System set out its remaining 2021 private debt plan in response to the increase in its private credit asset allocation from 3 percent to 8 percent in Q4 2020, according to documents from the pension’s special investment meeting.

The $42.85 billion US public pension has also issued an RFP for investment consulting services. After receiving seven proposals, the board members have agreed to retain Wilshire Associates, which has served the pension since 1984. The six-year contract will begin on 1 October.

Karl Koch has been the pension’s chief investment officer since May 2007. He is responsible for asset allocation, investment policies, strategies and selection of investment managers.

Florida Agricultural and Mechanical University has agreed to issue an RFP  for an outsourced chief investment officer to provide discretionary investment management services, according to the pension’s 2021 RFP document. The due date to submit responses is 16 September.