“Over the past few years, we have seen strong growth in investor interest in credit funds, which have proven to be a source of sustainable income for investors despite market turbulence.” 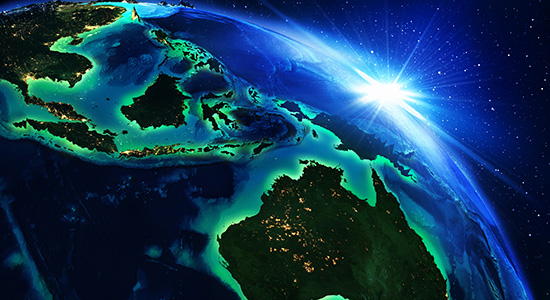 SWFs have busiest month of year, nearly doubling local investments
July marked the busiest month of the year for sovereign wealth funds, according to research firm Global SWF, with 84 deals in total, rising from 76 in June and 73 in May.

Although deals rose from month to month, the value of investments for SWFs dipped slightly lower in July to $21.3 billion compared to June’s $21.6 billion.

The covid-19 pandemic has significantly shifted the focus, with the funds nearly doubling their investments at home to 41 percent in terms of value, from before the crisis. Each country has its own rules about where the funds can invest geographically, or even whether they can be asked for capital by their governments. According to Global SWF’s 2021 annual report, governments withdrew $192 billion from sovereign wealth funds since March 2021.

The largest deal in July was a $3.6 billion financing round for Indian company Flipkart, which included contributions from a number of SWFs, according to the firm. The two most active firms of the month, which also participated in Flipkart’s round, were the Government of Singapore Investment Corporation with 13 deals, and the Canada Pension Plan with 11 deals.

CVC prices two CLOs in a week
CVC Credit has priced two CLOs with one week, bringing its total assets under management to almost $30 billion.

The firm prices its Apidos XXXVI CLO at $508 million, which was arranged by Citigroup and raised from a diverse group of new and existing CVC Credit investors. The vehicle is US-based and will be primarily composed of broadly syndicated first lien senior secured loans.

This was quickly followed by the pricing of Cordatus XXI at €406 million, which marked the fourth CLO priced by CVC in 2021.

CVC Credit said the CLO was significantly oversubscribed and raised from a blue-chip investor base, again with both existing and new investors involved. Barclays acted as the arranger. Similarly to Apidos and previous Cordatus vehicles, the CLO will be comprised of broadly syndicated first lien senior secured loans.

CVC’s total CLO AUM is now in excess of $21 billion with more than $9 billion in Europe.

Gretchen Bergstresser, global head of performing credit at CVC Credit, said: “It has been an extremely busy and successful start to the year for CVC Credit. When taking into account fund refinancings, this is our sixteenth CLO transaction in 2021 with an aggregate value of over $7.6 billion.”

“Chris has an accomplished career of over 19 years providing financing solutions to middle-market companies and brings with him many great relationships and a wide range of experience across multiple industries,” said Tom Aronson, Monroe Capital vice-chairman, in a release. “He will help us continue to grow our robust origination platform that we have built throughout the US.”

Babick joins Monroe from Manulife Investment Management, where he was a director working on sourcing, structuring and underwriting private debt deals. Before Manulife, Babick was with THL Credit, where he led private debt investing for the firm’s Midwest region.

Lakemore boosts US presence with hire of former Voya director as MD
Private credit investment firm, Lakemore Partners, has hired Dan Norman as its managing director and head of US business operations, the firm announced earlier this week. He will be focused on growing the firm’s investment platform, which invests in control CLO equity, and will oversee the firm’s presence in the US.

“Dan is a successful, highly respected and cycle-proven executive who has established himself as one of the leading experts in broadly syndicated corporate loans and CLO management,” said Mohamed Seif, co-founder and managing director of Lakemore, in a release.

“I’m honoured to join such a diverse and well-respected firm that has established a leadership role in the CLO marketplace through its sound strategic approach and commitment to client service,” Norman said in the release. He will be based out of Lakemore’s Scottsdale office.

Norman is joining Lakemore after his retirement last year from Voya Investment Management, where he last served as the group head and senior managing director. At Voya, he founded the firm’s senior loan group and co-managed its global loan platform.

Lakemore has 27 professionals worldwide that manage $1.1 billion in assets under management.

Institution: Montana Board of Investments
Headquarters: Helena, US
AUM: $24.9 billion
Allocation to alternatives: 18.9%

Montana Board of Investments has committed $125 million across two private debt vehicles, according to its August 2020 investment board meeting documents.

The commitments comprise $75 million to GoldenTree Distressed IV and $50 million to Centerbridge Special Credit Partners IV. These commitments are re-ups with existing managers.

MBOI’s recent private debt commitments have primarily been to distressed debt vehicles focused on investments in North America. Private investments, which include both private equity and private debt, constitute 8.6 percent of the organisation’s entire investment portfolio.