“We are pleased to announce our intent to partner with Adams Street as part of diversifying our investing activity in secured, first lien middle market credit and build a new business to bring this asset class to other insurers”

Anant Bhalla, chief executive of American Equity, on a partnership with Adams Street Partners that will develop mid-market credit products that are capital-efficient for insurers – see announcement here 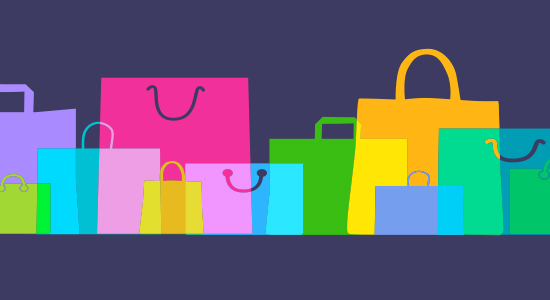 The survey’s Q4 2020 transaction data found “support for a continued and steady stream of sponsor-backed deals through H1 2021”. Driving this activity are record levels of fundraising, which were sustained through last year and resulted in a near all-time-high level of uncommitted capital. This mountain of dry powder “suggests an even greater imperative for sponsors to deploy capital with relative urgency”.

The report also noted that the loan and high-yield markets had recovered to pre-pandemic levels, but a large number of issuers who had entered into covenant amendments would need to renegotiate or extend covenant holidays.

Dyal’s credit conundrum
Got a strong cup of coffee in your hand? You might need one to wrap your head around this: Sixth Street, a credit-focused firm in which Dyal Capital Partners owns a stake, has brought a lawsuit to try to prevent its minority owner from merging with Owl Rock Capital Partners (also a credit shop) in a SPAC deal on the basis that Owl Rock is a direct competitor with Sixth Street, reports sister title Private Equity International.

Sixth Street wants its own stake to be excluded from the deal, Bloomberg reported (paywall) this week, citing a letter sent to Sixth Street LPs (the latter did not respond to a request for comment by PEI). To make matters more complicated, the SPAC is being backed by HPS Investment Partners, another credit firm in which Dyal owns a stake. A spokesman for Dyal and Owl Rock told PEI‘s Side Letter that the firms believe Sixth Street’s claims are “baseless, lack merit” and that they will vigorously contest them.

Sobering words (if you’re a lender)
This taken from a recent conversation we had with a lawyer: “You would have thought the pandemic would have tightened the documents in favour of lenders. In fact we’ve seen the opposite, especially in hard-hit sectors like retail and leisure. Sponsors have realised they would have been better served in certain cases if they’d had even greater flexibility in the documents to give them more room for manoeuvre in the event of distress.” Ouch.

Debt fund dominance in Germany. Debt funds in Germany have significantly increased their share of the market during the pandemic as banks have retrenched. Figures from GCA Altium’s MidCap Monitor show that debt vehicles have steadily increased their share of the country’s mid-cap loan market and in 2020 enjoyed a huge boost, accounting for 59 percent of the market. Just a few years ago, in 2017, banks were responsible for more than 66 percent of German deals.

New MD for Cliffwater
Los Angeles-based research and investment due diligence firm Cliffwater has hired Jackie de Sanctis as a managing director in its corporate development team to help raise the profile of its growing private equity and private credit discretionary and advisory businesses.

Venture debt’s 20 percent-plus returns
Non-bank venture debt lenders returned more than 20 percent annually from 2005 to 2019, according to a new white paper from investment manager Applied Real Intelligence. During this 15-year period – which included the worst years of the global financial crisis, from 2008 to 2010 – loss rates averaged less than 0.5 percent annualised. The report may be found here.

Teachers’ Retirement System of Louisiana approved a $75 million commitment to Carlyle’s Credit Opportunities Fund II at its February board meeting, a contact at the pension informed Private Debt Investor.

Carlyle’s second credit opportunities fund is in market targeting $3.5 billion in capital commitments. The debut vehicle in the series held a final close on $2.4 billion in July 2019.

TRSL has an 8 percent target allocation to private debt that stood at 6 percent as of 31 December 2020, according to the most recently available allocation data for the pension.