“Our funds delivered their best quarter in the past decade. Many of our largest and most significant funds appreciated materially in the quarter.” 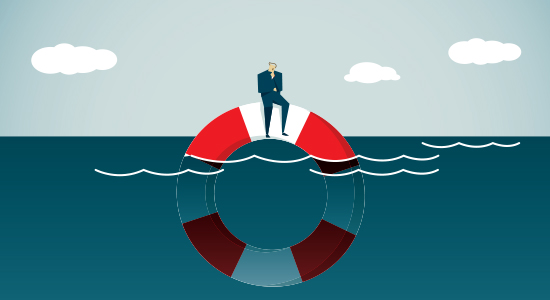 State aid ‘pushing bankruptcies back to 2022’
It may have been assumed that, with covid largely receding in Europe and economies showing signs of strengthening, the liquidity boost received by struggling companies last year would be coming to an end. In fact, as a new S&P Global Ratings report – European Corporate Support Schemes: Extending and Amending (paywall) – discovers, support for corporates in the region is far from over.

As an example, the report points to various extensions that have been made to the EU’s Temporary State Aid Framework, with the ceiling raised for aid that can be granted to companies as well as the ability to reconstitute debt-type instruments into more direct forms of relief.

S&P thinks this continuing state-level support will delay an expected surge in corporate bankruptcy filings, especially for unrated small businesses, until 2022 when emergency state aid is finally wound down.

Nearing the covenant precipice
Consumer businesses are creeping ever closer to covenant breaches, according to a Q1 UK and European private company valuation analysis from investment bank Lincoln International.

Casting an eye over its proprietary database of more than 260 private equity-backed portfolio companies, Lincoln found that consumer businesses’ average EBITDA leverage levels from January to March this year were at 6.7x, with just 4 percent headroom available before lender covenants were breached.

“Private credit headroom for many consumer companies is extremely tight because they have struggled to generate revenue and cashflow throughout the pandemic,” said Richard Olson, managing director of Lincoln’s London-based valuations & opinions group.

Outside the consumer sector the outlook is strong, however, with covenant headroom for the business services, healthcare, industrials and technology sectors ranging between 22 percent and 39 percent.

Lincoln said that, at the end of March, 73 percent of private equity managers expected enterprise value multiples at portfolio companies – which have largely recovered to pre-pandemic levels – to either increase or remain at current levels by the end of the year.

The ups and downs of fundraising
A heads-up that our latest podcast – available here – takes a look at the fundraising picture in Q1, with private equity registering a record quarter while private debt saw its slowest fundraising pace in five years. Our own John Bakie joins PEI Media colleagues to analyse the reasons.

A trio of fund closes
It may have been a little quiet on the private debt fundraising front lately, but things appear to be livening up. Following on from Ares Management’s €11 billion closing of its latest European fund, last week saw Park Square Capital secure €1.8 billion for its fourth subordinated debt fund, beating a €1.5 billion target.

“With France one of the largest commercial real estate markets in Europe, we have identified a clear shortage of local, flexible and structured sources of debt finance, particularly for more complex transactions,” said Alain Carrier, head of Europe and head of international at CPP Investments.

Tikehau launches €500m SPAC
Paris-based fund manager Tikehau Capital has joined the special purpose acquisition company universe by raising €500 million in a private placement for Pegasus Europe, which trades on Euronext Amsterdam. Tikehau said the move was part of its “ongoing effort to build out its global product offering”.

Florida Retirement System Trust Fund has confirmed $350 million-worth of private debt commitments across two vehicles, according to the Q1 transaction report published on the pension’s website.

The commitments comprise $200 million to Blackrock US CRE Debt Fund and $150 million LLCP Lower Middle Market Fund III. The target size for the Blackrock fund remains undisclosed. According to Private Debt Investor, the fund manager has raised $247 million since its inception in March 2021. Levine Leichtman Capital Partners is currently seeking $1 billion in commitments for its third mid-market subordinated debt vehicle.

FRS Trust fund makes private debt investments through the strategic investment section of its portfolio, which accounts for 9.2 percent of the $182.57 billion investment portfolio.

Brunel Pension Partnership has confirmed the launch of a private debt portfolio, according to a press release. The public pension has allocated a total of £945 million ($1,331 million; €1,094 million) for primarily corporate direct lending opportunities in Europe and North America.

Brunel will make between six and eight commitments from the pooled fund and has so far made one commitment to Intermediate Capital Group‘s European-focused debt fund ICG Senior Debt Partners IV. The commitment size has not been disclosed.

Aksia, a research and advisory firm based in New York, will help to realise the pension’s goals of accessing the growing European and North American loan market and making responsible investments.