“While we are not out of the woods, we have seen a large number of loans return to performing credits, and we expect that trend to continue for the foreseeable future.” 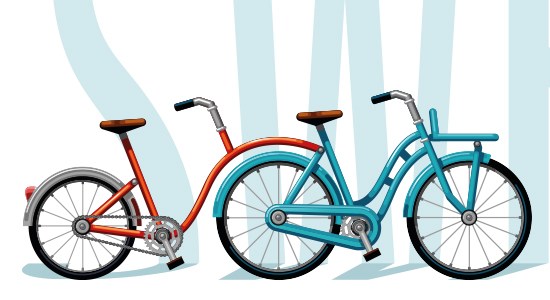 Sovereign wealth targets private debt
The sovereign wealth funds are coming. Global SWF, a data platform tracking SWFs, puts it this way: “With fixed income operating in a difficult environment, public equity rocked by high volatility and rising fears that a private equity bubble is about to burst, private credit is becoming increasingly popular among state-owned investors in the hunt for yield.”

In our cover story this month, we note that SWFs have been slow to the private debt party, preferring allocations to other alternative assets while waiting for private debt to grow to maturity. But they’ve unquestionably arrived now. Global SWF calculates that the top 10 sovereigns have increased their portfolio allocation to the asset class from 2.0 percent to 3.2 percent since 2015.

Moreover, this figure is likely to keep growing. Diego Lopez, managing director of Global SWF, suggests that these funds could double their current private debt allocations within the next few years.

They are also showing signs of becoming bolder. Having previously invested mainly through private debt fund managers, they are now bolstering their internal resource with a view to investing directly – as they have already done in other alternative asset classes. The deep-pocketed giants are here to stay, and they may also be here to compete.

Owl Rock, Dyal merger clears hurdles
US direct lender Owl Rock Capital Partners and GP stakes firm Dyal Capital Partners appear to have cleared the way to their merger, with both investor consent and US Securities and Exchange Commission approval having been obtained (see here). A final vote has been scheduled for 18 May, with the closing of the deal expected a day later.

Fund manager Sixth Street – in which a Dyal fund had a minority interest – had objected to the deal, which was announced in December. However, the firm’s legal move was halted in a Delaware court. Dyal and Owl Rock will now proceed to form merged company Blue Owl Capital through a special purpose acquisition company.

The combined entity will have almost $51 billion in assets under management, with Blue Owl claiming 91 percent of AUM will be permanent capital. It also said its fee-related earnings model will allow it “greater predictability compared to other alternative asset management business models”.

There’s a new placement agent in town
Specialisation is all the rage these days. Enter private markets veterans Christian von Massenbach and Fabian Pötter, with the launch of 51 North Capital, a new placement agent focused on connecting global GPs with LPs in Europe’s DACH region, comprising Germany, Austria and Switzerland.

Both German nationals, von Massenbach was recently a former managing director in Evercore’s private placement group, responsible for the DACH region, and has over 21 years’ alternatives experience. Pötter, for his part, is an 18-year industry veteran and most recently the co-head of infrastructure at Golding Capital Partners.

“After years investing in funds and co-investments as an LP, I’m excited to bring the target audience’s perspective directly to GPs,” Pötter said.

Launching with mandates in place for its target asset classes of private debt, infrastructure and private equity, 51 North Capital will offer a strategic advisory component in addition to its regional distribution capabilities.

OCP described AMG as “a market-savvy, sophisticated and trusted partner who will help us to stay abreast of market opportunities and assist us in capitalising on them effectively”. In February this year, OCP revealed it had moved past the $500 million target for its fourth private debt fund.

The launch is part of the ACC’s aim of “better engagement between investors and their asset managers on current market developments”. One of the first priorities for the committee is drawing up a harmonised template for investor due diligence around environmental, social and governance issues.

Venture debt firm hires MD
Runway Growth Capital, a US-based provider of growth loans to venture and non-venture backed companies seeking an alternative to raising equity, has hired Shayna Modarresi as a managing director. Modarresi, who will focus on investments in the technology sector, will be based in Runway’s Silicon Valley office and report to Mark Donnelly, managing director and head of origination.

International Finance Corporation has committed $25 million to Vantage Mezzanine Fund IV. The vehicle is managed by Vantage Capital and it will support high-growth, mid-market companies in Africa.

The commitments comprised €200 million to ICG Europe Fund VIII and $150 million to Arbour Lane Credit Opportunity Fund III. Both commitments were made to the pension’s existing managers.

The pension’s recent private debt commitments have been primarily to North American vehicles focused on the corporate sector. TCRS allocates 17.1 percent of its full investment portfolio to alternative investments.