“The spectre of soaring inflation is once again hovering over London’s financial markets. Soaring gas prices are threatening to ignite fresh failures in the energy sector and worsen the supply chain crisis.” 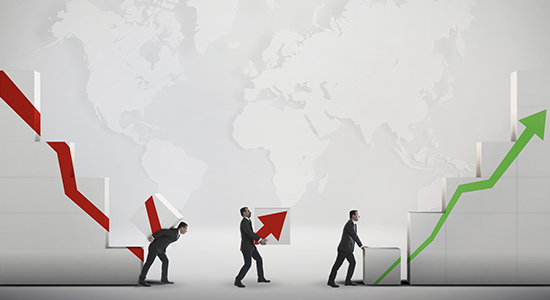 Asian private debt hopes to stay isolated from Evergrande
As Evergrande Group struggles to raise fresh capital and fend off a distressed situation, a question being pondered is whether the troubles of one of China’s largest property developers might spread to the wider debt markets, including the Asia-Pacific private credit market.

According to a report from Hong Kong-based fund manager Zerobridge, the question is asked because the high yield market – which, according to a Bank of America report, would be badly hit by an Evergrande default – is “often identified as the liquid public market equivalent for the alternative credit market”.

Spoiler alert: Zerobridge doesn’t think APAC private debt will take a hit. It believes that, at this stage, it is too immature to represent broader credit risk. Moreover, it makes the argument that volatility on public markets – combined with increased caution from bank lenders – is likely to play into private credit’s hands “leaving plenty of opportunities for private credit managers to generate mid-teens returns on productive senior secured loans”.

The organisation also said it will aim to reduce its portfolio’s carbon emissions intensity by 45 percent by 2025 and 66 percent by 2030 compared with its 2019 baseline. The targets cover corporate credit as well as real assets, private natural resources and equity across public and private markets and including external managers.

“Given the scale and complexity of our investment portfolio, we believe this is an ambitious plan that will meaningfully lower emissions and contribute to the plan’s long-term sustainability,” said OTPP president and chief executive officer Jo Taylor in a press release.

“We focus on companies with technology-enabled business models, strong pricing power and high free cashflow,” Kline tells Private Debt Investor in an interview. “These attributes are important in all economic environments, but particularly critical during inflationary times.”

Businesses in the technology sector with low labour costs, Kline believes, are better financially equipped to withstand inflation if it were to strike, than businesses tied to manufacturing with high labour costs.

“We invest in businesses with recurring unleveraged free cashflow that comfortably exceeds annual interest expense,” Kline says. “We believe it’s important to have a meaningful cashflow cushion in the event that base rates rise on floating rate debt obligations.”

What is worrisome right now for businesses, Kline says, are issues surrounding the supply chain which are “concerning for any company that is burdened with high fixed costs”. “For these types of businesses, revenue disruptions quickly lead to weaker profitability.”

Benefit Street and Malk on ESG
Private credit is still relatively new to ESG. Credit investor Benefit Street Partners has teamed up with ESG consultancy Malk Partners to conduct ESG due diligence on its investment pipeline. For anyone who wants to learn more about why the firm does this, it has co-authored an 11-page paper with Malk on the topic. Read it if you want:

The advance of ESG in Europe. European leveraged finance has seen a sharp uptick in ESG-linked loans so far in 2021, with total issuance exceeding all previous years combined. A growing desire for sustainable investments among investors means fund managers are keen to boost their ESG credentials and linking loans to sustainability goals is one of the key ways debt managers can create more acceptable portfolios.

QIC launched its private debt capability earlier this year, led by Andrew Jones as global head of private debt, and now has a presence in Sydney, New York and London. QIC is one of the largest institutional investors in Australia with $69 billion in assets under management at the end of June 2021.

BBI said the block discounting funding line would enable Liberty Leasing to support smaller businesses requiring funding for critical equipment as the UK economy recovers from the effects of the pandemic.

Lakemore closes CLO equity fund
Fund manager Lakemore Partners has announced the closing of Aquatine IV, its fourth collateralised loan obligation fund, on $400 million. The Aquatine platform invests in control equity positions in US CLOs and is one of the largest dedicated CLO control equity funds. Founded five years ago, Lakemore has offices in London, Dubai and Scottsdale, Arizona.