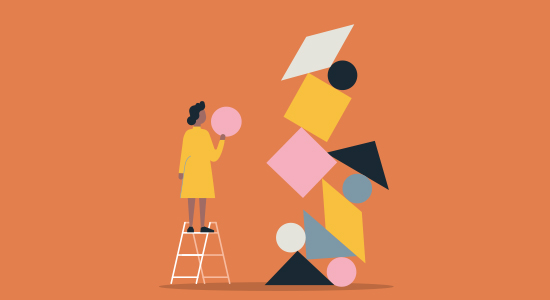 Pushing aside senior debt
Is senior debt really senior? It may sound like an odd question, but it’s one that’s being asked more often as a result of so-called “priming” in the European leveraged finance market.

The “priming” trend has been noted by S&P Global Ratings, which in an article published earlier this week – The Shifting Seniority of Senior Debt (registration required) – described how some senior debt holders are discovering they’ve lost their priority status in the capital structure due to the introduction of new “super senior” debt.

The implications can be serious since a large tranche of super senior debt above the senior debt “is likely to materially reduce the amount of cash that senior debt holders recover” in the event of a default.

This is a potentially significant issue with default rates likely to rise. Senior debt recovery rates in Europe have traditionally averaged about 73 percent, with the US figure at 79 percent. In recent US examples of super senior debt, the amount of debt introduced ahead of the original first lender was 21 percent of the total debt structure.

Despite anecdotal reports of senior debt holders being taken by surprise, S&P points out that in most cases pre-approval for the introduction of super senior debt is contained in intercreditor agreements.

Aude Doyen, head of UK debt advisory at Lincoln International, said that lenders were prepared to agree waivers during the worst of the covid pandemic, but may now be running out of patience and seeing issues as more fundamental. She also noted that restructuring professionals were slowly getting busier, adding to the sense of stress building in the system.

The firm has $2.5 billion in assets under management deployed in the firm’s closed-end flagship funds, mainly focused on European special situations, and specialist funds investing in thematic opportunities across the US and Europe. As Warwick expands in the US, it has opened offices in Stamford, Connecticut and Houston, Texas.

Warwick has also appointed Leland Hart and Andrew Welty, who will be jointly responsible for overseeing investing and business activities in the US, working closely with founding partners Alfredo Mattera and Ian Burgess.

Hart joins from Alcentra, where he was co-chief investment officer and sat on a number of the firm’s investment committees. Welty has worked as a consultant to Warwick for 10 years, supporting its investment activity and business development.

Anders Svenningsen joins as managing director and head of business development for the Nordics in Copenhagen, where he will be responsible for Pemberton’s Nordic franchise and investors. He was formerly head of Nordic and Dutch markets at Citigroup, responsible for the client franchise in the region across all market business and products.

Christoph Polomsky will be based in Frankfurt as managing director in the business development team for the DACH region covering institutional clients in the region. He joins from Nomura, where he was a managing director, leading the solutions team in Frankfurt. He worked on bespoke investment solutions.

Sally Tankard moves to Pemberton’s CLO team after it was announced in March that Rob Reynolds had been appointed to lead the strategy. She will serve as a director, responsible for the analysis and selection of leveraged finance assets for Pemberton’s CLOs. Prior to joining Pemberton, Tankard was a consultant at Hornblower Business Brokers.

A collateralised fund obligation is a structured form of asset-backed financing similar to a collateralised loan obligation, where the debt issuance is supported by a pool of LP interests rather than pools of traditional loans.

Churchill is an investment-specialist affiliate of Nuveen, the asset manager of TIAA. Based in New York, it has $38 billion of assets under management.

Rolf brings more than 25 years of financial services and banking experience, having held a series of regional and global leadership roles including with ING Bank and Volkswagen Financial Services. In his new job, Stefan will head IQ-EQ’s securitisation and private debt offering, leading the expansion of the group’s global footprint in these areas.

Border to Coast Pensions Partnership has approved $817.3 million in commitments across five private debt vehicles, according to a press release issued by the retirement fund.

These mark the completion of the pension’s £5.7 billion private markets programme, which launched in June 2021.