Private Debt Investor
Home News & Analysis Loan Note: The latest in borrower/lender negotiations; why volatility can be a...
Return to search
News & Analysis

“Market volatility has driven more and more financially stressed, smaller-sized companies to seek rescue options from either their lenders or third-party direct lenders”

Reorg’s Adelene Lee taken from the Reorg on the Record: Spotlight on Americas publication 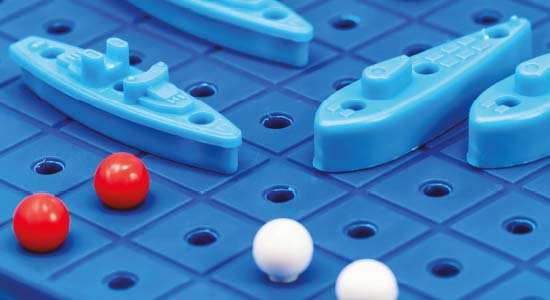 Find out how borrower/lender tussles are shaping up
In the newly published October 2022 issue of Private Debt Investor, we revisit the topic of deal documentation – with an eye particularly on covenants – and seek to discover whether the balance of power has shifted at all in relationships between borrowers and sponsors on the one hand, and lenders on the other. Amid challenging wider market conditions, you might imagine the borrower-friendly era is under threat – we find that’s not necessarily the case.

The October issue also comes with our annual Europe Report, in which we find reasons for optimism in the face of macroeconomic headwinds and geopolitical risk.

Kencel, who spoke at the Forum’s ‘Macro trends ahead: Weathering changes’ panel on day one, noted that private debt benefits from rising interest rates – a regime in which we now find ourselves. Among the other characteristics that make the asset class appealing in the current environment: its steady income and attractive total return potential; lower mark-to-market volatility; and less correlation to headline risks.

Commenting further by email following the Forum, Kencel said: “It is often the case that the most challenging time to fundraise is the most attractive time to invest, and today we are seeing tightly structured senior secured loans with covenants providing all-in-yields of 9-10 percent.”

Moreover, he said that dry powder is highly valuable in this lender-friendly environment, and that Churchill believes “patient investors who are aligned with the more conservative private debt managers will certainly be rewarded in the long run”.

“Scaled private debt managers with differentiated sourcing relationships and longstanding track records through cycles will continue to be favoured by investors,” Kencel said. Churchill, based in New York, is a $41 billion private capital affiliate of Nuveen.

The president of BSP, Richard Byrne, said in a statement: “With inflation and interest rates on the rise, diversifying with private credit can reduce portfolio volatility while providing consistently high risk-adjusted returns.” Accordingly, it has launched Franklin BSP Private Credit Fund, its first ‘40 Act fund.

FBSPX will use a combination of traditional direct lending, opportunistic/rescue lending, high-yield, liquid loans and real estate debt. The portfolio managers plan to adjust allocations across the credit spectrum dynamically, to reflect changes in relative value.

FBSPX is to be managed by two BSP managing directors, Anant Kumar and Saahil Mahajan. It will draw on the same investment team that manages similar credit-focused strategies and will be accessible to income-focused investors.

In May, Franklin Templeton agreed to buy BNY Alcentra Group in a deal the parties expect to close in the first quarter of next year. Alcentra is a leading European alternative credit manager.

We have a favour to ask…
Once again, a team from PEI Media is heading out on a (hopefully) balmy October morning for this year’s Royal Parks Half Marathon to raise money for Shelter, the UK homelessness charity. Any support will be very gratefully received – if you would like to donate, you can find our fundraising page here.

Dear LP: What’s on your mind?
Private Debt Investor‘s research colleagues want to hear from all investors globally – on an anonymous basis – about their investment plans for our LP Perspectives Survey 2023. Now in its 11th year, the survey results will be published in a special report in December. Click here to take part. The deadline for submissions is tomorrow, 7 October.

Leo Wong and Keerthi Raghavan both work in the firm’s New York office. Wong has played a role in developing Waterfall’s residential loan strategies; Raghavan has been key to its high-yield ABS trading.

Wong joined the firm in 2007. He served most recently as head of loan strategies and as a member of the firm’s investment committee. He started his career in finance at Fidelity Investments’ structured products group.

Raghavan led the CMBS research division at Barclays Capital for three years, before arriving at Waterfall in July 2014. He has focused on ABS, CMBS, RMBS, CLOs and corporates.

Initially invested between 2017 and 2020, the seed portfolio comprises 18 investments and over 450 underlying assets that are expected to generate attractive current income as well as an overall target return in the double digits.

Following the initial sell-down of the seed portfolio, Stafford will seek to raise additional capital for CIO to support new investments from the fund. Investors will be able to redeem some or all of their investments through annual redemption windows, starting five years after their commitment.

Texas Municipal Retirement System has committed $250 million to Pemberton Strategic Credit Opportunities Fund III with an additional $50 million as a co-investment, according to materials from its board of trustees meeting earlier this month.

Pemberton Strategic Credit Opportunities Fund III is primarily focused on credit opportunities in Europe by providing junior capital to performing companies to enable expansion or acquisitions. This continues TMRS’s relationship with Pemberton Asset Management, with the pension having previously committed $250 million to the fund’s predecessor in August 2021.

TMRS’s recent commitments have tended to focus on funds that target the corporate sector, while having some investments in Europe.