“After the pandemic, yield from our fixed income assets has lowered substantially. We are now considering investing in the senior secured real estate debt area.” 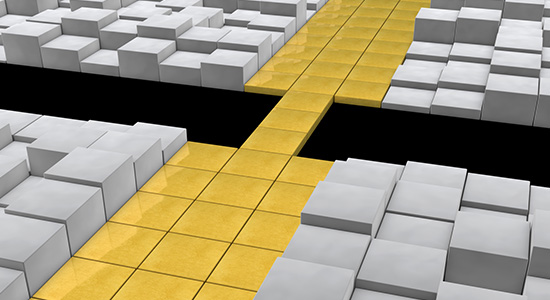 The allure of insurance
“Fundraising costs money and requires negotiation with investors. It’s a lot more efficient for asset managers to have a close relationship that can provide a lump sum.” The words of Richard Wheelahan III, a founding partner of debt advisory firm Fund Finance Partners, in our upcoming June issue cover story on the relationship between private debt and insurance.

As Wheelahan indicates, one obvious advantage for fund managers of linking up with insurers is effectively having access to permanent capital. But there are many different and less passive ways in which insurers are engaging with the asset class including co-investment and as participants in fund finance. Of course, getting close to insurers also means taking note of the tough regulatory guidelines they must operate under – although, in some ways, we discover they only serve to make private debt an even more attractive proposition.

See here to read about some of our reflections on the topic, and don’t forget to look out for our June issue coverage.

The Canadian pension ramping up
Investment Management Corp of Ontario is what might be termed an “up-and-comer” in the limited partner universe. Only formed in 2016, the pension is ramping up its credit activities and has just committed $500 million to Ares Management – $400 million in a customised solution and $100 million in Ares Pathfinder Fund, which closed earlier this year on $3.7 billion.

In addition, CIFC said it has partnered with the deal parties of its latest CLO, CIFC Funding 2021-IV – including RBC Capital Markets, Appleby (Cayman) Ltd, Allen & Overy, Milbank, BNY Mellon and Locke Lord, to make a collective contribution of $145,000 to Black Girls CODE, a non-profit organisation focused on empowering girls of colour aged seven to 17 to become innovators in the science, technology, engineering and maths fields.

CIFC’s CLO Initiative for Change will make a coordinated donation of this kind on an annual basis to different organisations.

CAPZA closes fund, hires for sustainability
Paris-based fund manager CAPZA has closed its Flex Equity V fund on €700 million, doubling the €350 million size of the previous vehicle in the series, for which the first fund was raised in 2004. The fund will invest in mezzanine as well as majority and minority capital and convertible bonds. It will cater to lower mid-cap SMEs in France, Spain, Germany and Italy.

In addition, CAPZA has appointed Aurore Gauffre as head of sustainability and impact. Since 2017, Gauffre has been head of investments at the French Insurance Federation, a trade organisation. CAPZA, a signatory to UNPRI since 2011, says it recently started integrating ESG objectives into the pricing of instruments.

The agreement sees the firm lend to two funds with investments in 95 infrastructure assets across the healthcare, education, social housing, waste, transport, transmission and renewable energy sectors in the UK and Europe.

The financing solution, which is comprised of inflation-linked and Sterling Overnight Index Average-linked debt, enables Equitix to refinance existing bank debt with long-term facilities tailored to the investment strategy of its funds.

Richards moves from Churchill to Adams Street
Leland Richards, a former managing director at Churchill Asset Management, has joined Adams Street Partners as a partner in its private credit team. Richards will cover areas such as sourcing, structuring, due diligence, negotiating investment opportunities and shaping strategic direction. More can be read about the appointment here.

The submission date for the RFP is 4 June with a decision put to the investment committee on 30 June.

Louisiana School Employees’ Retirement System has agreed to establish a separately managed account with ArrowMark Partners to invest $100 million across the firm’s credit strategies, as mentioned during the pension’s March 2021 investment committee meeting.

The pension’s recent commitments to private debt have been to funds that focus primarily on investments in North America. The pension’s chief investment officer is Matthew Freedman.