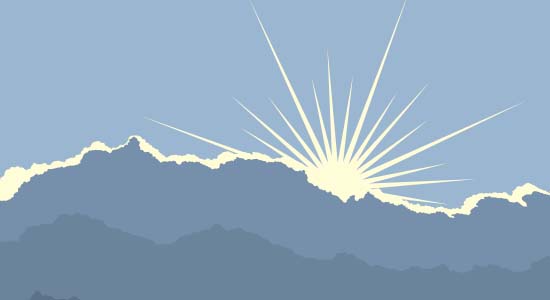 Värde highlights ‘substantial expansion’ of opportunities
A reminder from Minneapolis-based fund manager Värde Partners that when macroeconomic conditions are at their most challenging, not everyone is bemoaning that fact.

In the latest edition of the firm’s Värde Views newsletter, the firm said conditions were already looking tough coming into the new year, with a so-called “echo cycle” looming due to numerous challenges carrying over from 2021 – limited restructuring, historic levels of debt issuance and leverage, aggressive behaviour, inflation and supply chain pressures.

The path through all this was already complicated, according to Värde, with central banks having very little flexibility to make an impact. Then along came the war in Ukraine, “shifting this picture negatively by an order of magnitude”. All in all, the firm says, “the backdrop for credit has significantly worsened”.

However, it’s worth remembering that Värde is a distressed and special situations manager, which means challenging times can equate to lucrative returns. The predicted “near-term turn in the credit cycle” has “the potential for a substantial expansion of the investible opportunity set”, it says.

Värde does concede, however, that there are some positive economic indicators too, with consumers looking to spend, corporate balance sheets strong and solid economies and labour markets. Therefore, the stress “will take some time to build and play out”, with the US possibly even avoiding a “broader stress” scenario.

Survey reveals property’s ‘brown discounting’ effect
Much is written about the value to be gained when fund managers meet or exceed expectations on the environmental, social and governance standards of borrowers or investee companies. Arguably not so much coverage is given to the value lost from current holdings that fail to come up to scratch, but both sides of the coin are examined in a survey from pan-European SaaS solutions provider Deepki.

It found that almost 80 percent of European pension funds expect commercial real estate with good ESG credentials to provide better returns – or “green value” – over the next five years. However, so-called “brown discounting” for CRE assets with poor ESG credentials meant that, over the last year, 40 percent of pensions had seen value depreciate on affected assets by between 21 percent and 30 percent. A “dramatic depreciation” of between 31 percent to 40 percent was seen by 18 percent of pensions over the same period.

Moreover, almost two-thirds (62 percent) of pensions said they expected the impact of brown discounting to increase significantly over the next three years, with 37 percent saying they thought it would negatively impact assets by a further 31 percent to 40 percent.

The survey obtained the views of 250 pensions in the UK, Germany, France, Spain and Italy with combined assets under management of more than €400 billion.

Four new hires for Alantra
Alantra, the Spain-based investment banking and asset management firm, has bolstered its private debt team with the hires of Alberto Pierotti and Jean-Philippe Lantrade as managing directors, Alfonso Sousa as a director and Carlos Pulido as an associate.

Pierotti joins to develop the private debt business in Italy. His most recent experience includes stints at Seaport Global and Avenue Capital, where he spent 11 years as a managing director in the European team, focusing on public and private credit across multiple industries and Western European jurisdictions.

Lantrade joins from Be-Spoke Capital, a Madrid-based direct lending platform where he helped originate and fund more than 50 family-owned mid-market companies across Spain. Sousa joins from Avenue Capital, where he spent six years, and Pulido moves from Sherpa Capital.

Alantra manages more than €820 million in assets under management through its direct investment business and strategic holdings.

Founded in 2005, Compass is a provider of asset-based finance for the print, packaging and engineering sectors and says it will be providing business-critical equipment finance to small and medium-sized businesses over the next three to five years, including supporting businesses recovering from the effects of the covid-19 pandemic.

Blue Earth collects $360m for impact
Switzerland-based fund manager Blue Earth Capital has raised $360 million in commitments for its second global impact investment programme, including $150 million for a fund and $210 million in “bespoke client solutions” that it will invest alongside the fund.

The programme focuses on social impact sectors in emerging markets and invests across the entire capital structure, including equity and debt, through direct investments and select fund partnerships.

The unit aims to commit a total of $200 million to two managers.

Eligible GPs should manage a fund of at least $500 million in size, with a minimum of 80 percent of investment in either senior or junior loans, focused on developed countries in North America, Europe and Oceania. They should also have managed more than $10 billion in AUM in infrastructure funds.

The submission deadline is 2 May, 2022, with a decision to be put forward to the investment committee planned for June.