“Partners Group foresees the potential for performance fees to represent 40-45 percent of total revenues for the full-year 2021, assuming market conditions and the exit environment remain unchanged.”

Taken from Partners Group’s report for the first half of this year. It predicted that, in 2022, performance fees would return to their more normal level of 20-30 percent of total revenues. 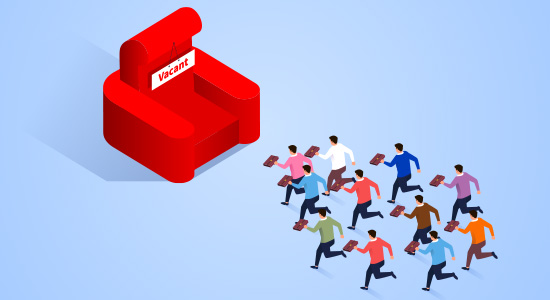 Concentration risk worry amid hot market
In the US Report, which accompanied our September 2021 issue, Paul Hastings partner William Brady told us that the deals market was “white hot and hotter than it was pre-covid”.

So hot is the market, that sources tell us hiring needs to step up a gear. “The biggest problem is one of resourcing; the large number of deals in the pipeline versus the number of people in the system. How much can you actually push through that system? There’s lots of activity and lots of hiring, and we only see the same for Q4,” one deal advisory source told us last week.

Even should the market suffer an unexpected negative impact, sources point out that it would not simply switch off as there is estimated to be around 18 months to two years of dry powder waiting on the side lines from a successful period of fundraising.

One possible concern surrounds concentration risk. We are told that $1 billion private debt financing cheques, a rare phenomenon a year to two years ago, are now becoming increasingly common. But, in contrast to the US where the club spirit remains strong, Europe is seeing firms hold the entire ticket rather than syndicate out to the wider market – raising the prospect of taking a big hit should a deal go wrong.

Tech top of mind for asset managers
Investing in their technology and data infrastructure is the top priority for asset managers, according to a new study, with 56 percent saying investment will focus on these areas over the next 12 months. The study, from banking software firm Temenos, found that 47 percent were prioritising ESG compliance across their product range.

Digging down into the types of technology that asset management firms are embracing, 62 percent of respondents said cloud-native solutions will play a key role in their IT strategy, followed by software-as-a service solutions (48 percent) and the use of open application programme interface technology (46 percent).

Eighty-three percent of respondents said they would be extending strategic alliances with asset servicing and technology partners to enable the connection of middle and back-office services to their front office tools and investment books.

Joe Cantwell is joining as co-chief investment officer of liquid credit where he will chair the US liquid investment committee and serve as a member of the special situations investment committee. Cantwell, who will be based in New York, was previously with MacKay Shields serving as co-head of global fixed income, and spent time at Goldman Sachs Asset Management, Silvermine Capital and Morgan Stanley.

The London and New York-based manager said that Graham Rainbow, also co-chief investment officer, will be reducing his hours to focus on the credit side of his role and will be working closely with Cantwell for the next six months to hand over day-to-day responsibilities by end of the first quarter of next year.

Alcentra has more than $40 billion of assets under management with strategies including senior loans, high-yield bonds, direct lending, structured credit, distressed debt and multi-strategy credit. The manager is a subsidiary of The Bank of New York Mellon Corporation.

Blackstone Credit invests across the corporate credit market, from public debt to private loans, and has $163 billion in assets under management.

Giordano joins the manager with 15 years’ experience in alternative asset management including in credit and private equity.