Taken from a Nomura Holdings research note, referenced in this Bloomberg article 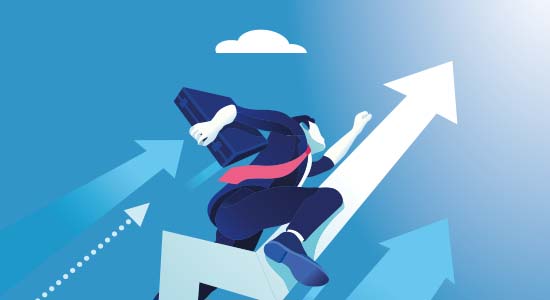 Why flexibility is a key demand of lenders today
Lenders are increasingly exploring the possibilities of revenue-based as opposed to EBITDA-based financings. That’s the message that emerges from the newly published cover story in the July/August issue of Private Debt Investor.

During the peak of the pandemic, it was the likes of software and technology companies that thrived through that period and which remain relatively insulated from the macroeconomic and geopolitical challenges of today. But many of these companies – with strong subscriber bases but not yet strong profits as they focus on sales and marketing – require a flexible approach to financing. As we discover, some lenders are able to take that in their stride, while for others it’s not so easy.

In the cover story, annual recurring revenue finance is in the spotlight, but conversations with the market inform us that this is only one part of a shift away from a traditional EBITDA focus. ARR finance is generally targeted at relatively mature firms that would in many cases be able to deliver decent profits if their focus shifted away from growing sales. But at the venture end, there is also a growing demand for finance with fundraising rounds delayed by market conditions. These companies need liquidity, and venture debt firms are stepping into the gap.

ARR finance, growth debt and venture debt are all forms of finance that look set to grow in the second half of the year as capital does what it always does by migrating to the opportunity.

Reporting requirements ‘may be underestimated’ by CFOs
Investors may attach more importance to timely information than fund managers’ chief financial officers imagine, according to a new study by administration services provider Intertrust Group.

The study found that more than 40 percent of private capital investors want live updates of portfolio performance, while 55 percent want either live or daily updates of environmental, social and governance performance – a 10 percent higher figure than CFOs expected.

“From an investor perspective, the frequency of updates expected shows their desire to have access to the data as and when required for monitoring and reporting purposes, rather than immediate triggers for action from the fund CFOs,” said Nand Divakarla, head of innovation at Intertrust.

Both investors and CFOs were firmly of the view that greater investment in technology is needed to meet data demands, with 71 percent of CFOs expecting to expand the skill sets of their in-house investment teams by hiring candidates with technological expertise over the next three years.

Insurance hire for Muzinich & Co
Fund manager Muzinich & Co is seeking to further deepen its relationships with insurance firms through the hire of Lloyd Ayer as director of insurance advisory.

Based in New York, Ayer will focus on enhancing the firm’s insurance expertise through client partnership, fundamental analysis, industry research and quantitative modelling.

Founded in New York in 1988, Muzinich is an asset manager focused on public and private corporate credit and has offices in 10 countries in the US, Europe, Asia and Australia. The firm manages around $37 billion of assets.

CBRE names Vinson president of US debt
CBRE Investment Management has named Rachel Vinson president of debt and structured finance for the US. Vinson will lead CBRE’s DSF business in the US and will oversee the continued expansion of the firm’s debt platform nationally. CBRE’s DSF team closed $80 billion in loan production during 2021.

“Rachel is a uniquely skilled real estate finance professional with a deep understanding of the commercial debt space,” said Brian Stoffers, global president of DSF for CBRE. He said Vinson will provide “invaluable leadership” as the firm continues to grow its DSF business in the US, and “further differentiate the breadth of the strategic advice” it gives to borrowers and lenders.

Vinson, based in Dallas, has more than 20 years’ experience with commercial real estate and financial organisations. She most recently led the operations of CBRE’s global capital markets business and previously led its Americas advisory finance organisation. Prior to joining CBRE in 2019, she spent six years with Barings Multifamily Capital, where she rose to become president, overseeing strategic direction and operations for the loan origination and servicing company.

UK SME financing drought
With one of the government’s main covid-era emergency funding schemes having expired at the end of June, a new survey finds UK small and medium-sized enterprises are struggling to access the finance they need.

The Recovery Loan Scheme offered firms up to £10 million ($12.1 million; €11.6 million) of finance and its termination means “capital-starved SMEs, still recovering and adapting to a post-pandemic landscape, will need to source alternative forms of lending”, according to the survey carried out by financial services firm Manx Financial Group.

According to the survey, 22 percent of SMEs needing external finance over the last two years were unable to access it, with 27 percent having to stop or pause an area of business because of lack of finance. More than a third of these SMEs – 34 percent – said they were concerned they would see no growth over the next year.

IPERS has announced a $150 million commitment to Kayne Anderson Real Estate Debt IV, according to materials from its June investment committee meeting.

IPERS made the commitment in Q2 before the final close in May of the fourth iteration of Kayne Anderson’s flagship debt fund. The vehicle raised nearly $1.9 billion in capital commitments, marking the largest debt fundraise so far for the firm.

IPERS has a 4 percent allocation to private debt, comprising $1.65 billion in capital.