“To call it a boom feels like an understatement.”

Marcus Frampton, chief investment officer of the Alaska Permanent Fund, quoted in The Economist regarding the level of activity in private markets in 2021. 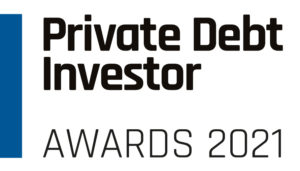 Time to pick your winners in our annual awards
With new categories recognising the growing importance of private debt in Asia-Pacific as well as welcome advances in responsible investing, this year’s awards are back – dare we say it, bigger and better than ever.

This year, we have a total of 53 awards (more than ever before) across Asia-Pacific, the Americas and Europe plus the usual collection of global categories. The vote is open up to and including 12 January 2022, but why not cast yours nice and early? Click HERE to visit our voting page.

Alternative managers growing and outperforming
Interest in alternative investments is increasing, even as global capital markets delivered flat returns in the latest quarter.

Casey Quirk found that alternative managers, which focus on private markets, consistently generate higher profit margins than traditional firms, which invest in public stocks and bonds, even as the operating expense for alternative managers has increased at a faster rate.

The median operating margin for alternative managers was 46 percent in the third quarter and 31 percent for traditional managers, compared with 41 percent and 26 percent in the same period last year, it said.

“It is abundantly clear that listed alternatives managers are outperforming their traditional peers on key financial metrics, driven by investor demand and their ability so far to resist fee pressure,” said Amanda Walters, a principal at Casey Quirk, in a news release.

Casey Quirk, a business of Deloitte, was formed in 2002 and is a management consultancy focusing on advising asset management firms.

‘Hold onto your hats’ if rates climb, says AlbaCore’s Allen
“We follow hundreds of companies and are seeing the impact of inflation in every quarterly earnings call and company update,” says David Allen, managing partner and chief investment officer at UK-based fund manager AlbaCore Capital Group.

In an email, Allen opines on the topic of inflation and rising rates. He says inflation has focused the firm’s underwriting on three fundamentals: the importance of free cashflow generation, access to liquidity and pricing power.

He believes it’s “hold onto your hats” time if rates start to go up but believes that, if they do, then investors may gravitate to the high yield and leveraged loan markets as they have the potential to be safer havens.

“Holding other credit-inherent risks equal (downgrade, default and spread), in a rising rate scenario, the impact to sovereign and investment grade assets will be severe,” Allen says. While high yield and loans would be impacted, this would be “less severe in comparison”, he thinks.

GoldenTree Loan Management US CLO 11 will be supported by a 94 percent-ramped $609 million portfolio of senior secured loans as of closing with a five-year reinvestment period and a two-year non-call period, the firm said. The $651 million CLO was arranged by Credit Suisse as sole lead.

The credit manager has issued 17 CLOs totalling more than $10 billion under its loan management strategy since formation in January 2017.

GoldenTree specialises in opportunities across credit such as high-yield bonds, leveraged loans, distressed debt and credit-themed equities. The manager has more than $46 billion in assets under management as of 1 October 2021 and was founded in 2000.

Sixth Street offers course for the underrepresented
US-based manager Sixth Street has announced the creation of the Sixth Street Summer Fellowship. The Fellowship offers career development opportunities for talented undergraduate students from backgrounds traditionally underrepresented in the investing industry. The initial class is anticipated to include more than 20 students.

Fellows will start with a one-week intensive course allowing those interested in the industry to learn about strategies and investing disciplines. They will participate in sessions with business leaders to receive skills-based training and take part in case studies before joining Sixth Street’s eight-week summer internship programme.

Minnesota State Board of Investment approved a $100 million commitment to Marathon Secured Private Strategies Fund III at its December 2021 investment board meeting.

This commitment is a re-up with Marathon Asset Management. The organisation previously committed $100 million to the fund’s predecessor, Marathon Secured Private Strategies Fund II, which held a final close on $900 million in January 2021, exceeding its $750 million target.

Minnesota SBI allocates 1.1 percent of its full investment portfolio to private debt. Its recent commitments to private debt have been to distressed debt and mezzanine debt vehicles primarily focused on the corporate sector in North America.