“Real assets have outperformed other asset classes in previous inflationary periods. We expect this trend to continue.” 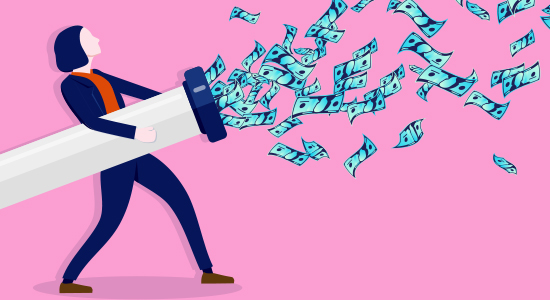 Regulatory threat recedes as UK pensions back illiquids
With the regulatory winds apparently now blowing in their favour, illiquid assets are set to benefit from continuing strong support from UK pension schemes, according to a new report from real assets manager Alpha Real Capital.

The UK’s Pensions Regulator had been considering capping pensions’ investments in unquoted assets at no more than a fifth of their total portfolio. However, with the threat of this now having receded, it is clear that pension support for illiquid assets is as strong as ever.

Among the key findings of Alpha’s research:

New platform seeks to raise bar on environmental reporting
In the belief that there is increased demand from investors, global non-profit organisation CDP has launched a new standardised environmental disclosure platform specifically for private markets.

The platform will aim to improve disclosure from private companies of all sizes and will compare companies like-for-like on their environmental performance, which it believes is increasingly in demand from investors.

CQS, Jefferies and others team up for CLO equity
CQS has entered a CLO equity investment agreement with Jefferies Group and three other investment management firms, they announced this week. Jefferies and the firms will provide CLO equity capital and warehouse funding for four to five CQS CLOs for the next two to three years and share in the profits.

“We are delighted to be working with our new strategic investors as we build solutions for CLO investors to access our US loan investment expertise,” said Michael Hintze, founder and co-chief executive officer of CQS, in a release.

CQS is a $21.6 billion credit-focused asset manager whose CLO platform has 19 corporate credit analysts and is led by Jim Fitzpatrick.

Wildeman, who will report to senior managing director and head of capital raising Michael Romo, joins from Aksia where she was a senior portfolio adviser. In that role, she advised a range of institutional investors and was responsible for sourcing and advising on private investment opportunities with a focus on private credit.

Today’s letter was prepared by Andy Thomson with John Bakie, Robin Blumenthal and Michael Haley.
Subscribe now and get Loan Note delivered to your inbox twice a week

To find out how, email our team: subscriptions@peimedia.com