“This runaway surge in inflation will add to speculation that the Bank of England will have to raise interest rates, therefore compounding pressure on to the already onerous debt burden for UK SMEs”

Douglas Grant, director of wholesale lender and broker Conister, after UK inflation surged to 3.2% in August from 2.0% in July, the largest month-on-month increase since records began in January 1997. 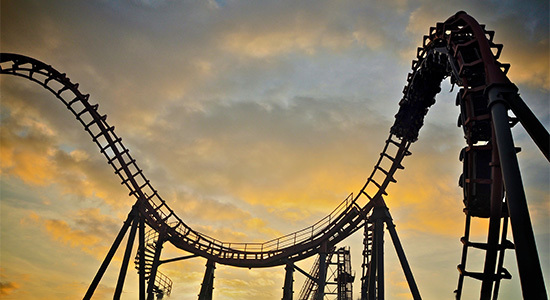 CLOs: higher downgrades, lower defaults
Fears over the collateralised loan obligation market last year were reflected in the highest number of downgrades since the global financial crisis, according to a new report from S&P Global (see here, registration required).

The report says 10.6 percent of CLO ratings were lowered during the year as concerns mounted over the impact on loans of covid-19. These downgrades were, however, confined to the “riskier” end of the spectrum.

“No CLOs rated AAA at the start of 2020 were downgraded during the year,” said Nick Kramer, head of S&P Global Ratings Performance Analytics, in a press release accompanying the report. “Rating downgrades were concentrated among junior tranches rated speculative grade at the start of the year.”

But the default picture was different, with just one CLO tranche defaulting in 2020 – down from three in 2019 and representing the fourth consecutive year of declining CLO defaults. The default rate is currently a mere 0.02 percent, well below the historical average for the CLO market of 0.09 percent.

“This capital raise represents an opportunity to bolster our already-strong balance sheet with low-cost capital,” Coinbase said in a news release.

The proceeds will be used for general corporate purposes, Coinbase said. These include investments in product development and potential investments or acquisitions in other companies, products or technologies.

Coinbase ended the second quarter with $4.4 billion in cash and cash equivalents, according to its shareholder letter. The crypto exchange is one of the largest in the US and went public in April 2021.

Monroe opens Seoul office
Chicago-based fund manager Monroe Capital has opened an office in Seoul as it commits to expanding its presence in Asia.

The asset manager has appointed Alex Kim as managing director and head of Asia. Kim, who will lead efforts to build relationships with institutional investors in the region, was previously chief executive and managing director of Korea and head of Southeast Asia institutions at Aberdeen Standard Investments. He has more than 20 years’ experience in asset management and banking, including 15 years spent in Asia-Pacific. Before joining Aberdeen he held roles at Russell Investments, Royal Bank of Scotland and PIMCO.

Ted Koenig, president and chief executive of Monroe Capital, commented: “Over the last few years, we have seen more and more interest in the Monroe platform from Korean and Asian investors. This is a great opportunity to expand our footprint in this region.”

Danish manager hires four in US
Capital Four, the Copenhagen-based fund manager, has made four new hires to its team in New York. The team, headed by Jim Wiant, had three newcomers join in July and now has eight professionals.

Nelson was most recently a senior high yield credit analyst at AIG Asset Management; Han was a fundamental high yield and loan sector analyst at Benefit Street Partners; Wueger covered performing and distressed credits in the technology and software sector at Angelo, Gordon & Co; and Walsh has worked on raising capital from US institutional investors, most recently at Avenue Capital Group.

The US team manages a portion of Capital Four’s global mandates, including US collateralised loan obligations and high yield strategies.

The firm’s first CLO was priced in June 2020 and was reset and upsized a year later. Both the first and second CLOs comprise diversified pools of loans mainly issued by European corporate borrowers and satisfying specific ESG investment guidelines.

The latest CLO was arranged and placed with a syndicate of international institutional investors by Barclays Bank and will be listed on Euronext Dublin.

Los Angeles County Employees’ Retirement Association has committed up to $250 million across two private debt vehicles, according to the pension’s September investment board meeting report.

LACERA’s recent commitments have been to funds focused on the corporate sector primarily in North America and Europe. The pension currently allocates 2.8 percent of its full investment portfolio to private debt.

Tulare County Employees Retirement Association has rehired Verus Advisory as its investment consultant, a contact at the pension confirmed to Private Debt Investor.

The pension chose to continue its relationship with the investment consultant after completing its RFP process this year, as reported by PDI.

TCERA currently allocates 4.4 percent of its investment portfolio to private debt. As of 31 July, the value of its private debt portfolio was approximately $87.2 million. The pension’s retirement administrator is Leanne Malison.