Jason Thomas, head of global research at The Carlyle Group, commenting on findings from the firm’s Credit Market Outlook for 2021 report 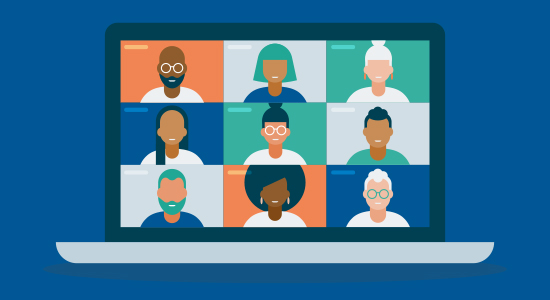 Big divide on virtual underwriting
We’re frequently told that virtual due diligence is the ‘new normal’ for investors in private funds, but new research suggests that may depend on where you’re based.

A study of 120 LPs by Dallas-based placement agent Capstone Partners found that 77 percent of North American LPs were able to virtually underwrite a fund without a meeting with the GP. The equivalent figure for European and Asia-Pacific LPs was just 20 percent. Read more about Capstone’s findings here.

NAV facilities here to stay
Want to keep up with the latest developments in fund finance? We’d recommend having a listen to the Beyond Sub Lines session at the Fund Finance Association’s virtual symposium this week (requires registration). It’s a great exploration of the rise and rise of the NAV facility as fund finance moves beyond its subscription line roots.

Demand for NAV facilities skyrocketed as a defensive move in the initial stages of the pandemic as managers triaged their portfolios and sought much-needed liquidity anywhere they could find it. This demand has now morphed into an offensive move as companies – which may have been boosted by support from governments or central banks, as well as from sponsors – move back into a growth phase and deploy such facilities for acquisition strategies.

Whatever use it is put to, the overriding message is that NAV-based fund finance is here to stay.

Bumpy road to recovery
Also worth a watch/listen is this webcast from Barings on the outlook for 2021. One view put forward is that governments may take their foot off the pedal too soon and withdraw liquidity, either because they prematurely think they have done enough or because of the pressure to step back as the level of global debt shoots up.

One participant said we are only at the mid-stage of pandemic-related disruption, adding that “it is very uncertain as to when vaccines will allow normal consumption patterns to resume”.

Private preference. Interest in private markets among LPs has surged over the past year with bfinance reporting a 24 percent increase in private markets mandates from its clients. However, activity around mainstream private debt has dipped, the firm said, while demand for more exotic strategies has increased.

He joins from BlueBay Asset Management, where he worked for six years, most recently as sales director of Italy. Prior to that, he worked for Russell Investments and UBS.

The $419.8 billion US public pension allocates 19.6 percent of its full portfolio to alternative investments.

The pension’s recent private credit commitments have been made to subordinated and distressed debt vehicles focused on investments in North America.

Cathay Life Insurance has confirmed an $80 million commitment to Brookfield Infrastructure Debt Fund II. The fund is managed by Brookfield Asset Management and has a $1.75 billion target.

Cathay Life’s recent private debt commitments have been made to funds that focus on mezzanine debt and senior debt strategies across several regions.