Taken from a statement attributed to Ben Lord, a fund manager at M&G Investments, ahead of a decision from the Bank of England on whether to raise interest rates 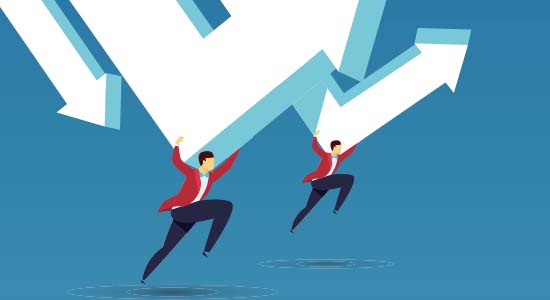 LP vote of faith in private markets
Keen to gain some insights into the mindset of the institutional investor? You could do worse than peruse a new survey from Adams Street Partners, Optimism in an Age of Change.

The study is indeed, for the most part, optimistic when it comes to private markets. An overwhelming majority of respondents (86 percent) said they thought private markets would outperform public market equivalents over the long term.

As with the firm’s equivalent survey last year – and in line with regularly expressed views from the market – three sectors are perceived to be the most attractive: financial services, technology and healthcare.

Nearly half of the 118 limited partners canvassed (44 percent) said they believed Asia-Pacific offered the best investment potential in 2022 while, due to more attractive valuations, Europe is now on a par with North America in terms of investor sentiment.

The survey also appears to confirm the almost universal adoption of environmental, social and governance principles, with 98 percent of respondents saying ESG considerations affected their investment strategies – up from 81 percent last year.

Reverse factoring under scrutiny
We reported in our Monday edition of Loan Note on the European Leveraged Finance Association drawing attention to a deal that appeared to undermine creditor voting rights. Ever alert to developments that might negatively impact investors, ELFA has now flagged up reverse factoring.

Reverse factoring is used to allow sellers of goods and services to post receivables for an earlier cash payment, while permitting businesses to extend the timing of these payables to their suppliers. Such arrangements increase cash on the company’s balance sheet and the liabilities to the financial institution providing the facility is accounted for as payables rather than as debt.

ELFA warns this may create a “blind spot” for investors due to under-reported financial debt, “raising the risk of investors mispricing credit risk and overvaluing stocks”. Such arrangements are also short term in nature and can be pulled at short notice, creating the potential for working capital shocks and increasing default risk.

“The disclosure gap under current accounting standards raises the risk that companies may understate the quantum of their debt obligations by classifying this form of borrowing as trade payables,” says Sabrina Fox, chief executive officer of ELFA. “As there is currently no obligation for companies to inform investors that they are doing so, we have lobbied the IASB and IFRS for improved disclosure.”

Germany catches up. While the onset of the covid-19 pandemic saw private debt deal-doing take a rollercoaster ride through some of its lowest and highest points yet, Germany has consistently gained ground on its major continental rival France. France has historically been Europe’s second-biggest market for private debt after the UK, with Germany lagging behind due to a more conservative approach among borrowers, but figures from Deloitte suggest this is changing as the two countries reach a more equal footing. 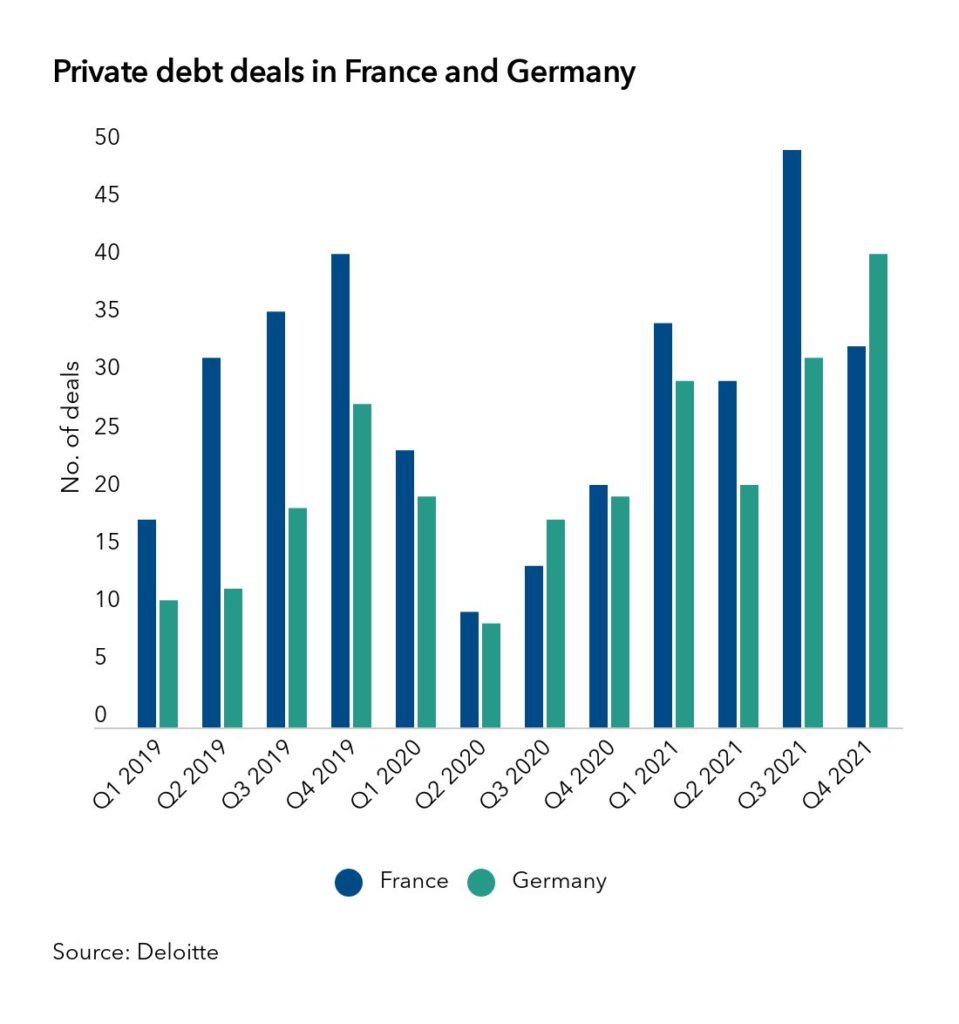 GoldenTree hires partner from Goldman Sachs
New York-based fund manager GoldenTree Asset Management has hired Grady Frank as a partner and head of private credit origination. Frank, who has more than 20 years’ experience in leveraged finance and working with private equity sponsors, was most recently a managing director at Goldman Sachs and a senior member of the financial and strategic investors group.

Steve Tananbaum, founding partner and chief investment officer of GoldenTree, said the opportunity set in private credit has been expanding in recent years, and that Grady’s “significant experience” will allow the firm to accelerate its sourcing and structuring while offering “compelling risk-adjusted return potential” for investors. GoldenTree, an employee-owned asset manager that specialises in opportunities across the credit universe, manages nearly $47 billion for institutional investors.

Churchill fills fund finance role
New York-based fund manager Churchill Asset Management announced that Bennett Love has joined the firm as a principal and head of fund finance, a new position. Love will be responsible for developing the firm’s overall leverage strategy, and the sourcing, execution and monitoring of financing arrangements across the platform. He will focus on all forms of bilateral and syndicated lending facilities, as well as public and private debt solutions including collateralised loan obligations.

He was most recently director of corporate debt finance at Wells Fargo, where he was responsible for relationship origination and managing mid-market private credit managers. He also led the structuring and execution of various types of lending facilities and CLO transactions. Love will be based in Churchill’s Charlotte office, and will report to chief financial officer Shai Vichness.