“The rapid spread of covid across China is now unsettling investors, with expectations that mass lockdowns will once again blight the economy with new daily cases hitting two-year highs” 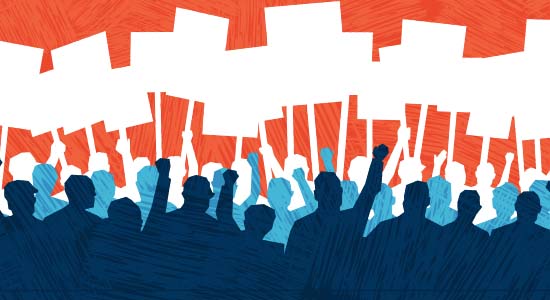 Deal triggers voting rights controversy
Amid the covid pandemic, inflationary and rate concerns, and now the conflict in Ukraine, it’s easy to forget that the big talking point – at least in a private debt context – used to be the unfavourable terms and conditions being signed up to by lenders in the leveraged finance market.

But such concerns have resurfaced, with the European Leveraged Finance Association calling out the Advent International-sponsored buyout of Dutch speciality chemicals firm Caldic for what appears to be an aggressive cap on creditor voting rights.

The agreement limits individual creditor voting rights to 15 percent of total commitments or, if a vote relates to a specific facility or tranche, to 15 percent of the commitment under that facility/tranche. ELFA concedes the possibility that investor groups may be able to band together to meet the relevant threshold but maintains that “no single investor would be able to enforce contractual covenant protections, even in the event of a default”.

ELFA described the terms as “the first instance of an aggressive voting cap provision entering a European leveraged loan” and said that they “severely undermine the notion of equal contractual rights and pro rata principles for creditors”.

Heated debates around terms and conditions are back on the agenda, it seems. More details of the development may be found through ELFA (see here).

Big year for structured credit predicted
Investors are set to throw their weight behind the structured credit market in 2022, according to research from Aeon Investments, the London-based, credit-focused investment firm.

The firm’s poll of pension funds and institutional investors in the US and Europe found 86 percent expressing the belief that there would be more structured credit issued in 2022 than last year. The investors represent $437 billion in assets under management.

The study revealed the growing importance of environmental, social and governance issues, with 80 percent of respondents saying they would place a greater focus on ESG when selecting investment opportunities over the next 12 months. The most important ESG issues when considering whether to back a new issuance are energy efficiency (53 percent), energy consumption (46 percent) and recycling (44 percent).

More than a third of investors (34 percent) said it was “very important” that institutions offering structured credit co-invest in their investment vehicles with the same underlying risk and fee structure, while 63 percent said this was “quite important”.

“Even through the worst of the covid crisis, the structured credit market grew, and our research shows that investors expect the number of issuances to increase further this year,” said Oumar Diallo, chief executive officer of Aeon Investments.

Crestline Opportunity Fund IV – which provides capital including senior debt and structured equity to mid-market companies, real estate and specialty finance across North America and Europe – has closed on $1.6 billion.

Crestline Specialty Lending Fund III, which provides senior debt capital solutions to lower-mid and mid-market businesses, has closed on $1 billion. The fund will offer senior secured, unitranche and second-lien financing worth between $20 million and $100 million.

CVC in quick CLO double
London-based fund manager CVC Credit has priced Cordatus XXIII, a collateralised loan obligation fund, at €502 million, with Jefferies acting as arranger. It represents the second new CLO fund CVC Credit has announced this year, both priced within a week of each other. Together the new funds have an aggregate value of nearly €1 billion.

Cordatus XXIII was upsized by €100 million due to what CVC described as strong support from a diverse book of new and longstanding investors. As with previous Cordatus funds, it is primarily comprised of broadly syndicated first lien senior secured loans.

Gretchen Bergstresser, global head of performing credit at CVC Credit, said: “We were delighted with our record performance in 2021, and having already raised nearly €1 billion in 2022, we cautiously hope 2022 will continue in a similar vein across our transatlantic platform.”

UK funds take plaudits on diversity
The UK is leading the way for gender diversity within private funds, according to research from Intertrust Group, the administration services provider. The study found that 44 percent of UK chief financial officers described gender diversity as crucial to investment opportunities, compared with 35 percent in the US, 20 percent in China and just 15 percent in the rest of Western Europe.

The report found that almost four in five (79 percent) of private capital CFOs globally consider gender equality to be a crucial or important consideration when assessing investment opportunities, while a similar amount (74 percent) are calling for daily, weekly or live data insights into diversity and inclusion.