“At the moment, there is a tense calm because it looks like the company will be able to meet its forthcoming debt payments”

Alberto Matellan, chief economist at MAPFRE AM, commenting in a press release about the Evergrande crisis. Last week’s Friday Letter on the topic can be read here. 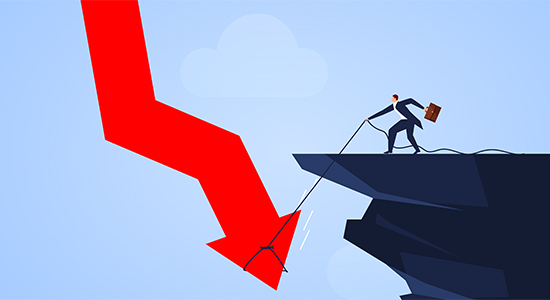 Waiting for dust to settle in distressed market
Salivating over the prospect of that much-hyped distressed wave? You may be waiting quite a while. A new report from TMF Group, the UK-based administrative services firm, suggests that rather than a low-hanging fruit scenario, managers will need to be “laser focused” over the next couple of years as they seek out the best distressed investments. For the time being, the report finds, most managers are still waiting for the dust to settle as they continue to assess the impacts of the pandemic.

The importance of a highly targeted approach is also highlighted by the finding that 70 percent of managers said they would be using proprietary networks to source deals on a bottom-up basis. Only 30 percent said they would be relying on opportunities sourced by banks.

The study also found that tourism and hospitality was the sector expected to be the most attractive for non-performing loans by two-thirds of respondents. Loans to small and medium-sized businesses were expected to represent the best opportunity to build NPL portfolios over the next year, although there was some concern about overcrowding in the market. Only 12 percent of managers said their focus was on commercial real estate.

Investors flock to ‘unlikely to pay’ sector
In Italy, as in many other countries, government support schemes for companies hit hard by the pandemic are being wound down. One of the outcomes of this withdrawal of support is an increase in ‘unlikely to pay’ loans as businesses find financial lifelines severed.

This has created an opportunity for alternative fund managers, such as Milan-based Prelios, to take these funds into the private sector where the credits and underlying assets can be proactively managed. Prelios has just announced that its Back2Bonis fund – described by the firm as the first multi-originator UTP real estate credit fund in Italy – has reached €1 billion of loans under management, closing in on its eventual target of €1.5 billion.

In a neat twist, the banks themselves are major contributors to the fund. The latest €59 million has come from AMCO, Banco Desio and “another leading Italian banking institution”. Existing investors include the likes of Intesa Sanpaolo, UniCredit and Banca Monte dei Paschi di Siena. Financing from the fund is designed to assist turnarounds, with shareholders benefitting from these potential recoveries.

Briarcliffe makes four hires
Private credit placement agency Briarcliffe Credit Partners has hired a new managing director of fundraising and made three other key hires, according to a news release.

Jonathan Moll will join BCP as managing director of fundraising and will focus on the firm’s growth in private credit. He previously held positions at PIMCO, KKR and White Oak Global Advisors, among others.

Denham hires senior exec from Allianz
Global investment firm Denham Capital has hired Jorge Camiña as partner and head of credit for its new sustainable infrastructure credit platform, according to a news release.

Vinson previously worked in the firm’s Americas advisory finance organisation for two years. She will replace Kevin Aussef, who has been appointed chief operating officer for CBRE’s Americas advisory business. Before joining CBRE, Vinson worked for six years at Barings Multifamily Capital, where she focused on strategic direction and operations.

Sonoma County Employees’ Retirement Association has agreed to increase its $100 million commitment to KKR Diversified Core Infrastructure Fund (open-ended) to $135 million, according to minutes from its June investment committee meeting.