Ryan McNelley, managing director, portfolio valuation at Duff & Phelps, commenting on a survey conducted by the firm which found that many alternative investments won’t return to pre-pandemic values before 2022. 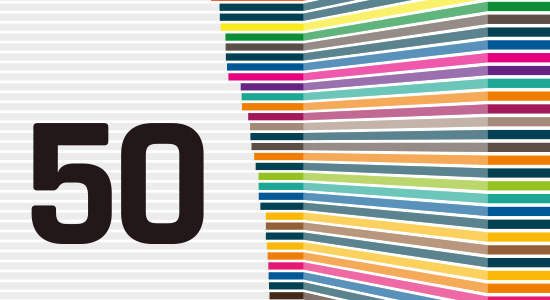 We reveal the top fundraisers
What a year that was. For better or worse – many would say for better – 2020 is fast coming to an end. For Private Debt Investor, the end of year celebrations may not quite be upon us, but our last issue of a tumultuous 12 months has now been published and is available to download here.

Our cover story is the PDI 50, our annual ranking which measures GP fundraising power based on capital raised over a rolling five-year period. Top of the tree for the second year running is Ares Management. For reflections on the dominance of the big brands – and why this dominance may have become even more pronounced in 2020 – read our Friday Letter here.

Among the other highlights are features on why the credit secondaries market may be maturing and what the future holds for private SME lenders with government schemes having become the primary source of debt financing.

Accompanying the latest issue is our Responsible Investing 2020 report. It explores how far lenders have come in making environmental, social and governance a vital part of due diligence processes. In short: quite a long way, but there is still much to be done.

Owl Rock and Dyal in SPAC plan
Last week, it emerged that Dyal Capital Partners was in discussions to merge with credit fund manager Owl Rock Capital Group and become a publicly listed company through a deal with a special purpose acquisition vehicle, Altimar Acquisition Corp. The combined entity would have a valuation of around $13 billion, according to the WSJ (paywall).

Details from the statement: “The founders of Owl Rock and Dyal would lead the standalone firm, and the investment teams and processes would remain unchanged. The Owl Rock and Dyal founders, alongside Neuberger Berman, the parent of Dyal, would own meaningful positions in the combined business.”

The context: when it comes to the fashionable strategy of buying minority stakes in GPs, Dyal is a big fish in a relatively small pond. It has done more than 50 deals and manages nearly $22 billion in LP capital. It is also making a name for itself as an innovator, initiating a number of interesting secondaries transactions and cooking up an interesting deal to invest in basketball franchises.

That Dyal spins out from Neuberger Berman should not be surprising. As one Dyal LP described it recently, it has become “kind of an odd fit” for the $374 billion privately owned asset management business that was founded in 1939.

The proposed combination with Owl Rock is interesting. Owl Rock is a fast-growing newcomer to the private debt scene. Founded in 2016 by Doug Ostrover – the “O” in GSO Capital Partners – the firm has amassed $23.7 billion in assets under management, helped by an investment from Dyal around a year ago.

The two firms combined start to look like the first two pillars of a heavyweight multi-strategy private markets business. In Dyal’s portfolio, the firms have plenty of options when they go looking to acquire the next pillars.

Adant heads to Newmarket
Newmarket Capital, the US speciality finance firm, has hired Thierry Adant as chief investment officer. Adant joins from Willis Towers Watson, where he was head of private debt and a member of the alternative credit fund investment committee.

Adant will be responsible for leading the investment process, shaping the firm’s strategy, and developing new ways for institutional investors to gain access to the firm’s specialist alternative investments.

Minnesota State Board of Investment has approved an additional $100 million commitment to Oaktree Real Estate Debt Fund III at its December 2020 investment board meeting.

Minnesota SBI allocates 1 percent of its full investment portfolio to private debt. Its recent commitments to private debt have been to distressed debt and mezzanine debt vehicles.

Jacksonville Police and Fire Pension Fund has approved a recommendation to introduce private credit to its investment portfolio, according to the pension’s November 2020 board of trustees meeting minutes.

The $2.07 billion US public pension would have an initial target allocation of 8 percent to private credit. This allocation is expected to offer further diversification to the fund.

The pension currently allocates 11.31 percent of its full investment portfolio to alternatives. Timothy Johnson serves as the pension’s executive director.