“Every SME looking to raise debt is doing it via CBILS and most lenders have also signed up to offer CBILS loans as well.”

The Coronavirus Business Interruption Loan Scheme has become the dominant form of lending to small firms in the UK according to Paul Taberner of Mercia Debt Funds in our feature on SME lending here. 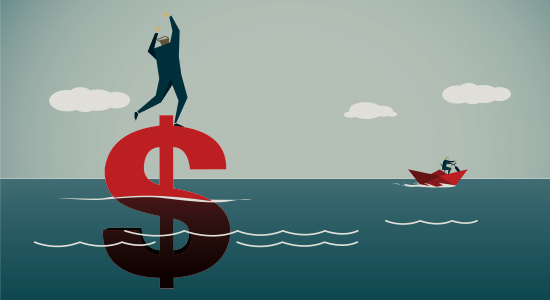 Long slow wave of distress? Not necessarily
Patience is a virtue and there is a popular view that distressed investors will require plenty of it as they wait for the next period of opportunity. Our cover story in October spoke to a plethora of investors in the space, many of whom felt that the actions of central banks had delayed the pain for companies that may otherwise have experienced difficulty much quicker.

However, new analysis from SVPGlobal, which closed a $1.65 billion distressed vehicle last month, makes the counter claim that distressed opportunities are just around the corner and present a “once-in-a-decade” opportunity. Among the firm’s conclusions:

1. The ingredients are there for strong returns over the next two to three years thanks to forced and event-driven selling, rising defaults rates and a projected wave of restructurings.

2. The high-yield default rate – described by SVPGlobal as a “harbinger of future opportunity in the distressed business” – currently stands at 6.3 percent, its highest level since the oil and gas collapse of 2015-16. The firm expects the rate to end the year at around 10 percent and stay high in 2021.

3. As economic woe persists, steep leverage will prove unsustainable for many companies, helping to push default rates higher and widen the universe of distressed opportunities. “Solvency issues cannot be addressed by providing liquidity”, the firm says.

4. This distressed opportunity is not just for the biggest players, unlike the global financial crisis when the most attractive targets were typically liquid, large-cap investments. This wave will see many more small and mid-sized deals emerging.

Help yourself to seconds
If this is a new era for distressed opportunities, does it also herald the arrival of the credit secondary? Daniel Roddick of London-based advisory business Ely Place Partners thinks so, and he explains why in this feature.

Roddick estimates that, with $100 billion to $125 billion of private debt capital raised each year, and a current estimated $500 billion of unrealised value in net asset value terms, a conservative estimate of 1-2 percent of NAV trading hands each year results in an annual market of $5 billion to $10 billion.

While the private debt secondaries market is still something of a minnow compared with its private equity equivalent, Roddick points out that there is a lot of growth still to come. Secondaries player Pantheon estimates that the private debt market could be worth $1.5 trillion in the next five years with annual secondary volume of $14 billion.

LPs wary of impact claims. When asked by the Global Impact Investing Network what were the greatest challenges for the market over the next five years, two-thirds of investors surveyed cited “impact washing”, when a company or fund makes unsubstantiated claims about positive social or environmental impact.

The CLO fund is the fifth raised by CVC Credit in 2020 and increases its aggregate global issuance for the year to around €1.7 billion. It is also the third European CLO fund raised, following the closing of Cordatus XVII in June (€290 million) and Cordatus XVIII in November (€383 million).

Maryland had previously committed to two of the vehicles in the past 15 months: $150 million apiece to HCR Potomac Fund in January and CVI’s Chesapeake fund in September 2019.

The $56.99 billion US public pension allocates 9.7 percent of its portfolio to credit/debt strategies, with private debt being housed within this asset class.

Tulare County Employees Retirement Association has agreed to issue a request for proposal for an investment consultant, as mentioned during the institution’s November 2020 retirement board meeting. The initial contract term is three years with two one-year extensions at the retirement board’s discretion.

Verus Advisory, the pension’s investment consultant for the past 10 years, is also invited to respond. The deadline for submissions is 22 January 2021.

TCERA currently allocates 4.22 percent of its investment portfolio to private debt. As of 30 September, the value of its private debt portfolio was approximately $69.03 million. The pension’s retirement administrator is Leanne Malison.