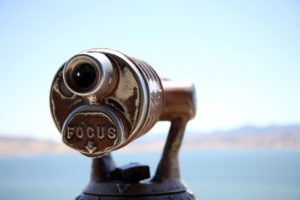 As we put 2020 behind us, what does the future have in store for private debt? While the past year has been difficult for everyone, many fund managers are entering 2021 more upbeat than they entered 2020. We take a look at some of things industry commentators expect to see over the next twelve months.

Lower for even longer

Private debt has benefitted for more than a decade now from low or even negative interest rates that have hit liquid fixed income portfolios and made it difficult for limited partners to meet their long-term liabilities. By lending privately with an attractive premium over Libor, private debt has been able to deliver the steady returns investors were struggling to obtain in more traditional asset classes.

While rates had crept up in recent years, the covid-19 pandemic has seen bank base rates slashed in response.

Fabian Chrobog, founder and chief investment officer at North Wall Capital, says: “Low interest rates are good to help companies survive these difficult times. If you can offer investors a return that beats those low rates you will stand out, but it is hard to see how such central bank support is sustainable in the long-term.”

However, many in 2009 would not have envisaged record low interest rates and quantitative easing persisting more than a decade after the financial crisis, yet they did and so rates may stay low for some time to come. However, as Chrobog says, these levels of central bank support are not sustainable in the long term and governments may face inflation in the future which forces rates back up. However, in the meantime low rates are helpful for private debt fundraisers and are likely to remain so for at least a couple of fundraising cycles.

One of the biggest barriers to growth of private debt as an asset class is that many investors were concerned about how the asset class would perform in a downturn as the industry really only grew after the financial crisis. We’ve now had that downturn and early signs are that private debt portfolios have held up fairly well. However, the crisis has yet to come to and end and some managers may get into difficulty, but many are happy with their existing portfolios and excited about the opportunities ahead. Getting a track record through the downturn will be an important factor for future fundraising.

In the US, the election of Joe Biden as President is likely to see a change in the way the White House operates. While it’s not clear how this might affect private markets, increased taxes and regulatory overheads are two areas that Democrat regimes tend to implement.

“With the senate remaining Republican, we’re less wary of tax rates increasing, at least for the next two years but we do expect increased power for regulators under a Democrat federal government,” says Andre Hakkak, CEO of White Oak Global Advisors.

Craig Bergstrom, managing partner at Corbin Capital Partners, adds: “Under the Biden administration we’re likely to see more stimulus packages for businesses and there is concern about tighter regulation, particularly in the consumer-facing finance space. However, for private lending to corporates I don’t expect any major developments.”

In Europe, the UK agreed a last minute trade deal with the EU before its existing temporary arrangements, put in place after it left the EU in January 2020, expired. While there is much to digest for businesses in more than 2,000 pages of the agreement, many will be breathing a sigh of relief that most industries will be able to continue to import and export between the UK and EU countries.