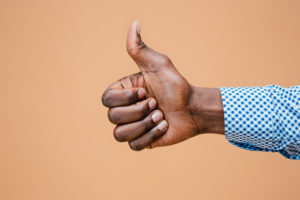 After the Federal Reserve cut interest rates at the end of January and the US Treasury yield curve inverted last month, investors have been left wondering what to make of these developments, both of which signal softness ahead and a bearish outlook.

Concerns have arisen in parts of Europe, particularly around slowing growth in Germany, Europe’s largest economy. But the US has stronger fundamentals, which has left some questioning the motives for the Fed’s lowering of interest rates.

NEPC’s Jennifer Appel outlined the disconnect in an analysis penned late last month: “Typically, a rate cut by the Fed implies underlying economic weakness, but the current outlook for the US economy remains favourable with the unemployment rate hovering around a 50-year low, stronger-than-expected growth and steady consumer spending despite concerns around global trade.”

While the macro signals may be mixed, the Fed’s move no doubt means the extension of the interest rate policies that, at least in part, led to the rise of alternative assets.

And some investors seem to be responding in kind.

“I think we’ll allocate more [to private credit], but the strategies will be more plural,” said Robert Crowter-Jones, who works on wealth manager Saranac Partners’ credit investments. “We want managers that can deal with the stress, not in six months but in the next two years. We’re not actively bearish on the market, but we think there’s a risk of a technical recession for a period of time. We need a manager that can access those pockets of distress.”

“We still think private debt funds could provide decent risk-adjusted returns for the time being,” this source said. The pension fund plans to select some additional private debt managers via a request-for-proposals process during the latter half of the year.

The executive called the investment environment “challenging” but said some of the experienced credit managers could perform well. The source said their organisation’s investment staff is looking at the macro investment landscape “carefully”, noting this includes central banks.

LPs have also been wondering about how returns can be met in this environment, according to The Carlyle Group head of global credit Mark Jenkins.

“We’re in a low-rate environment for a while,” he said. “LPs are asking, ‘How can you generate premium returns [with these interest rates]?’ Our approach is to drive outperformance through a combination of direct origination channels, credit selection and innovative structuring.”

Antares’ Mathew explained that the profiles of investors and their objectives can influence the importance of interest rates. “I think the way I would broadly segment it is between the different types of investors,” he said. “Insurance companies and pension investors that are trying to hit a certain hurdle, they are more focused on absolute returns [in which rates play an important role].”

Some market participants, he said, wonder if they could bring back LIBOR floors, which were typically set at 1 percent when rates were at historic lows. “Investor demand could play a role of bringing LIBOR floors back,” Mathew explained.

Saranac’s Crowter-Jones said the developments may mean investing in vehicles with longer investment periods for his firm. “What we’re trying to do is create best opportunity along the [inverted yield] curve in public markets. The question for me was how do you do that in private markets?”

“[The private market premium] for illiquidity was previously most pronounced in the two-to-three money, where the bulk of the money was going in the short term,” Crowter-Jones noted, referring to the length of a vehicle’s investment period. “Now I think that is changing. Opportunities now may be in the three- to five-year [timeframe]. Credit quality becomes more important in the long term.”