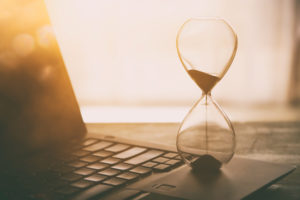 A group of LPs at the PDI Capital Structure Forum in London signalled they place a premium on experience when looking at prospective credit managers and that they have pivoted away from mid-market lending.

“I want to see a good amount of gray hair on the other side of the table from me,” Chris Palmer, investment director at ReAssure, told the audience when asked about conducting due diligence on prospective debt funds. “I have no interest in allocating to a private credit manager where the average age of [portfolio managers] is in their 30s.”

Yodia Low, who is on the alternatives of Church Commissioners for England, noted that “there’s a high degree of complacency in the market”. She added that among her concerns are the prevalence of covenant-lite and the number of people in senior roles at some firms that have not been through a cycle in a decision-making role.

Lorna Robertson, head of funds at Connection Capital, agreed, noting some managers may be painting too rosy a picture.

“We have to select the [managers] that are differentiated and will deliver,” she said. “Many are overpromising. [There are] a lack of people with enough experience to know what to do when it all goes wrong.”

The LPs also said they were pivoting away from direct lending, which they find much less compelling.

Simon Davy, the head of private markets at Local Pensions Partnership, said his firm is reorienting its private debt portfolio from the mainly distressed debt and direct lending strategies to include more asset-backed and structured strategies. Mid-market lending returns have been less attractive lately, he added.

Robertson also said the attractiveness of direct lending’s risk-adjusted return has decreased recently, noting it was much more attractive after the financial crisis. In addition, she noted that, contrary to market wisdom, scale is not always an advantage.

“Some people take comfort in scale,” she said, noting she would prefer someone to have a special with an appropriate-sized fund, adding she sees some of today’s fundraises as asset-gathering plays.

“It’s a case of sizing the fund to the strategy. We avoid funds that have to buy the market,” Robertson said. “We’d much rather buy a smaller fund that’s able to deploy in the best deals rather than every deal they have to.”