A higher number of ‘megadeals’ with a face value greater than €1 billion drove an uptick in non-performing loan sales across Europe in 2018, up by 11.2 percent to €113.8 billion year-on-year.

The number of megadeals more than tripled from eight transactions in 2017 to 27 in 2018, new research by investment banking firm Evercore shows.

“The vast majority of these sales can be linked to Spain and Italy, highlighting the increased effort made by the banks to accelerate their NPE [non-performing exposures] deleveraging strategies over the past two years.”

As in 2017, Southern Europe accounted for the vast majority of activity last year, with sales representing 77 percent of Europe’s total closed volume.

Spain led the volume of sales, with 35 percent of the total, which highlights how Spanish banks have made an effort to “radically” reduce their NPE stock over the past two years, according to the research.

Italy was another key market, with NPL sales accounting for circa 31 percent of the European total, albeit the approach adopted by Italian banks has been to favour securitisations.

• Project Gama. In line with other Spanish banks, CaixaBank sold 80 percent of its real estate assets to private equity fund Lone Star for a gross value of €12.8 billion in a deal agreed in June.

• Project Savoy. In April, Intesa Sanpaolo closed the largest Italian deal of the year, securitising a circa €10.8 billion mixed NPL portfolio, of which circa €9.6 billion was related to secured loans.

• Project Durham. As it continues with its substantial workout strategy, UKAR completed in April a sale of circa €6.1 billion of residential mortgages to Barclays and PIMCO.

• Project Challenger. In July, Banco Sabadell sold a circa €5.9 billion portfolio of real estate loans to Cerberus in a major landmark for its deleveraging efforts. 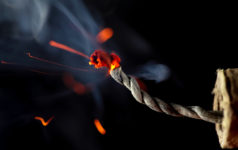 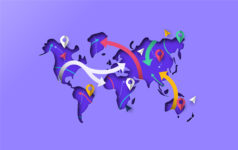