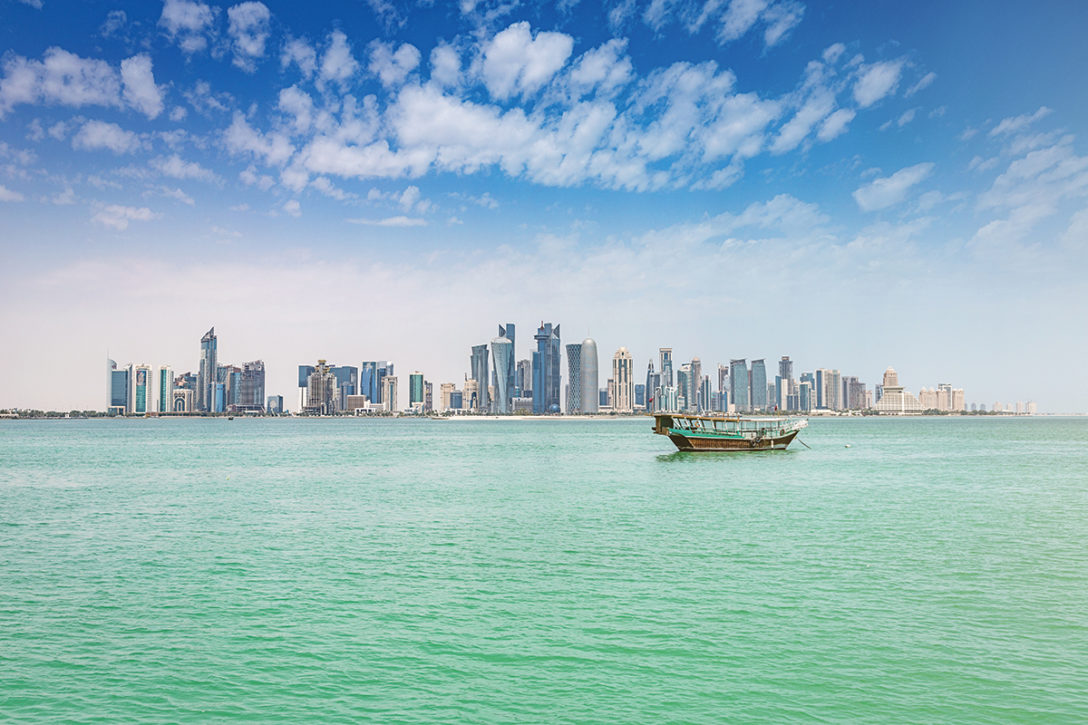 As a relatively new asset class, private debt remains heavily undeveloped outside of North America and Europe. For investors looking to diversify outside of these regions and gain exposure to emerging markets, an early mover advantage into a rapidly growing debt market could be the key to securing superior returns. And the Middle East and North Africa could be the place to access the kind of rapid growth experienced in Europe over the past decade.

Fundraising in MENA has been inconsistent for debt. As can be seen in the accompanying chart, in some years there has been no private debt finance raised at all, while more than $1 billion of capital has been raised in just two years.

Private equity has been more consistent, though amounts raised are still relatively low compared with the developed markets of North America and Europe. It is notable that, despite the covid-19 pandemic, debt fundraising was relatively strong in 2020 with $1.3 billion raised.

“The covid-19 crisis has turbocharged deal pipelines. We’re seeing something similar to what Europe experienced after the global financial crisis”

MENA is a tiny market for debt, but that may be starting to change as local investors look to support internal growth and develop the region’s financial ecosystem. A significant milestone was achieved this year when Dubai-based fund manager NBK Capital Partners announced it had secured an anchor investment from one of the region’s largest LPs – Saudi Arabia’s sovereign vehicle, the Public Investment Fund.

The commitment is part of the firm’s third direct lending fund, NBK Capital Partners Shari’ah Credit Opportunities Fund, which is its first sharia-compliant vehicle, a key requirement to secure backing from the PIF. Targeting $300 million, the fund will take the same approach as its predecessors, providing flexible, long-term direct lending to mid-sized firms that cannot obtain attractive terms from traditional financial sources.

NBK was one of the earliest fund managers offering private debt in the MENA region with its first vehicle launching in 2009 and managing partner and head of private credit, Sikander Ahmed, believes the region could be on the cusp of experiencing massive growth in private debt.

“The covid-19 crisis has turbocharged deal pipelines,” says Ahmed. “We’re seeing something similar to what Europe experienced after the global financial crisis where firms have had to turn to private debt to realise growth opportunities as bond markets become harder to access and banks are facing rising NPLs that are affecting their ability to lend to businesses.”

Similar issues face businesses in all stages of development. Ron Daniel, chief executive officer and co-founder of Israel-based Liquidity Capital, says the high-growth technology businesses his firm invest in are also on the lookout for new ways to get funding.

“Businesses in the region are seeking non-dilutive capital to fund their growth. Equity is very expensive right now and bank finance can be hard to get,” he explains.

Launched in 2018, Liquidity Capital has recently agreed a partnership with Dubai-based Vault Investments to raise a $100 million debt fund to back technology companies across the MENA region. The deal followed the normalising of relations between Israel and the UAE as the result of a peace treaty signed in September 2020. The two firms hope to leverage their expertise to create opportunities for start-ups and growth companies in the Middle East and enable them to become global players.

“Historically there has not been any venture debt for technology businesses in this region aside from in Israel,” Daniel adds. “The Islamic world has a huge start-up ecosystem but most countries have sharia laws which until relatively recently made it difficult to provide finance via debt.”

Sharia finance is complex but to simplify it, firms can ‘lend’ by sharing risk in the companies they back, meaning they are not technically providing a debt product, though it has very similar features to debt without the downside protection that investors might enjoy in a non-sharia jurisdiction.

Daniel says the opening up of sharia finance to make it more accessible for a range of local and international investors is part of the region’s ambition to grow its role as a destination for financial services which will help drive economic development.

“Dubai and Abu Dhabi want to set themselves up as strong financial and business hubs, but half of Dubai’s real estate is currently empty so they need businesses to come in and populate it. Building a financial ecosystem that can support high tech will bring more highly skilled employees into the region,” he explains.

Sharia law also creates an unusual competitive environment in countries where it applies which could be beneficial for alternative credit providers. Many banks in the region cannot lend capital so are only concerned with providing banking services to businesses, according to Daniel, and historically this has made private equity an important source of finance for businesses.

“That capital is very expensive,” warns Daniel. “Equity can cost an entrepreneur three-and-a-half times as much as the cost of debt so it’s simply not viable to fund the whole of a business’s growth with equity, so business owners are looking at using both equity and debt to expand.”

Determining where to invest is perhaps particularly important in MENA due to the huge variety in different circumstances across the region. Although countries such as Israel and the UAE are highly developed, others are much further behind and some are completely uninvestable due to civil war.

“Across our focus geographies, the Gulf Cooperation Council is making a big push to attract more alternative forms of finance with positive moves on regulation and the creation of free zones,” says NBK’s Ahmed.

The GCC consists of Bahrain, Kuwait, Oman, Qatar, Saudi Arabia and the UAE and was created 40 years ago to foster greater economic co-operation in the Arabian peninsula. Its member states are highly dependent on oil revenues, but are hoping to reduce this with huge economic reforms that include establishing free zones and attempts to attract financial services and technology businesses to the region.

The other country investors in the region highlight is Egypt which, after several years of political uncertainty following the Arab Spring in 2011, is now experiencing solid economic growth.

“Egypt could be the next opportunity set,” says Ahmed. “We did our first deal in Egypt 18 months ago and believe the currency situation and the types of businesses operating in the country are very positive.”

Daniel also highlights Egypt as a destination of interest for Liquidity Capital.

“Egypt is an amazing hub for start-ups and the Islamic world more generally has this huge start-up ecosystem,” he says. “Until now it has mostly been internal but it is now starting to open up to the rest of the world.”

The MENA region is still tiny compared with the developed markets in the Western world but the few local investors are positive about its prospects for the future. With large sovereign wealth fund investors like the PIF now looking to deploy capital for private debt internally, it could provide the push needed to make private debt in MENA truly attractive for the wider international community of LPs and fund managers.