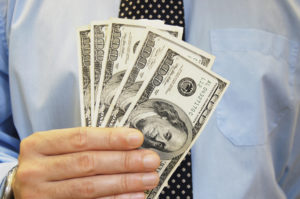 Monroe Capital said it has held a final close on its first opportunistic credit fund, meeting its target of $286 million. With targeted leverage of some $215 million, the Chicago-based manager will have $500 million to invest.

The opportunistic credit fund received commitments from more than 75 investors across the US, Asia, the Middle East and Europe. Houston Police Officers’ Pension System was among the pension funds, insurance companies and others to invest in the fund, committing $25 million, according to Private Debt Investor research.

Ted Koenig, chairman and chief executive officer of Monroe, called the firm’s opportunistic private credit strategy “the ultimate ‘all-weather’ investment product”. He said that with the strategy, Monroe has been able to generate “differentiated and consistent risk-adjusted returns over the last 18-year period, regardless of the business cycle or economic climate”.

The fund focuses on “high-quality assets whose value is often masked by collateral complexity, market dislocations, nuance around existing credit structures or restricted access to more traditional capital markets”, said Aaron Peck, portfolio manager of the fund. He said the timing of the fund “could not be better”, given the current direction of the economy and public and private market liquidity needs.

Monroe is a boutique asset management firm specialising in private credit markets across various strategies. It had approximately $14 billion of assets under management as of 1 April 2022.