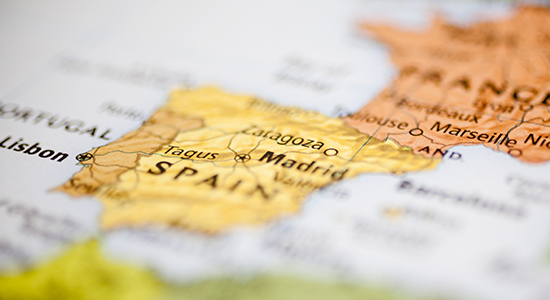 Investment manager Ares Management set up a direct lending office in Spain. Blair Jacobson, London-based partner and co-head of European credit, interviewed local candidates. “Most people we talked to were working for banks,” he recalls. “They said: ‘Three years ago, I used to be able to do this or that for my clients, but today I just can’t do it.’ Those stories – plus the deals we were already seeing locally in Spain from London – gave us real confidence in our decision to set up an office in Madrid.”

Jacobson’s finding is echoed by other direct lenders. “Banks used to finance around 80 percent of transactions in the mid-market,” says Leticia Ruenes, head of Spain at direct lender Pemberton Asset Management. “But there is a lot of consolidation at the moment. Fewer than 10 local banks are really active in the private debt mid-market. There used to be more than 50.”

The pandemic was particularly hard on Spain’s economy: GDP declined by 10.8 percent in 2020. The economic crisis spurred M&As in banking, which has reduced bank lending to mid-market firms. As a result, “banks are focused on their existing client base,” says the man Jacobson chose to head Ares’s Spanish office, Alonso Torre de Silva. Banks, he says, typically keep lending to longstanding customers, “but what many local banks will not do is finance private equity to buy a company that is not an existing client”.

The very attractiveness of direct lending to Spanish companies is a potential challenge. As well as Ares, several other European firms have opened local offices in recent years, including Tikehau Capital in 2017 and Pemberton last September. To this must be added local players such as Oquendo, and direct lenders covering Spain from London.

Because of this increased competition, Ruenes says spreads have come down by an average of 25-50 basis points over the past few years. In addition, “documentation is probably relaxing”. She sees greater competition, with compressing spreads and loosening documentation, for “high-quality” sponsored deals, and less for non-sponsored deals, which some lenders baulk at because of the higher risk.

There may be more fish in the pool, but the pool is also getting bigger, notes Carmen Alonso, head of the UK and Iberia at Tikehau Capital. She has seen an increase in financial sponsors covering Spain, “but importantly, we are, as well, starting to see more and more Spanish corporates embracing the features of direct lending”. These features include bespoke structuring, certainty of execution and long-termism. 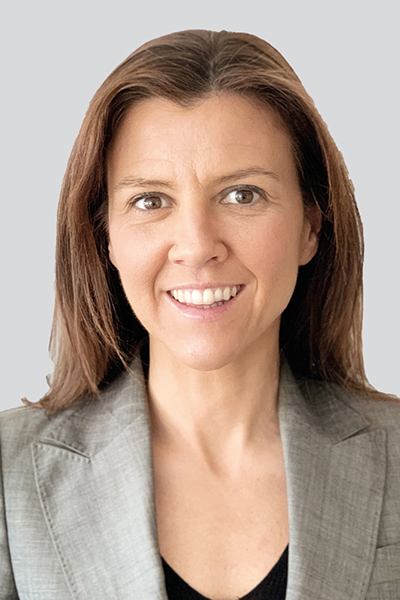 “Fewer than 10 local banks are really active in the private debt mid-market. There used to be more than 50”

The waxing interest from banks boosts opportunities to do non-sponsored deals with mid-market family-owned businesses. In 2019 Tikehau lent €134.5 million to the Carrillo family, who are majority shareholders in Mecalux – which provides physical equipment and automation software for warehouses – to fund their acquisition of minority stakes.

Javier García-Palencia, head of debt capital markets and debt advisory for southern Europe at financial services company Alantra, thinks attitudes towards direct lenders have become more positive: “The perception of alternative funding in countries that were very reliant on banks, such as Spain and Italy, has improved substantially after significant growth in corporate funds and other institutional investors such as insurers, which have no interest in lending to own the assets but instead are long-term partners.”

The European Commission predicts GDP growth of almost 6 percent in Spain this year, but covid-19 surges could derail this. However, direct lenders are sanguine because they are focused on non-cyclical businesses.

There may be plenty of sceptics about the Italian private debt market, but Tikehau’s Luca Bucelli is not one of them

Luca Bucelli is gratified by the widespread belief that private debt investing remains hard in Italy. “It’s good news to me,” says Tikehau Capital’s head of Italy in Milan, who notes that even some very large firms avoid his home country, thereby reducing the competition.

Yet Bucelli also believes this scepticism is ill-founded. He downplays Italy’s relatively weak economy – direct lenders are not lending to the country as a whole, but to particular companies that are attractive borrowers. Bucelli sees a good many of these. He notes that Lombardy has “the same number of innovative SMEs as the top areas of Germany”.

These companies generally sell far more outside than inside Italy. Bucelli gives the example of a deal it signed this year with an Italian fast-growing SME that makes sustainable packaging for fast-moving consumer goods companies primarily outside the country, including a huge multinational client with a UK head office.

Bucelli concedes there is “a strong need for improvement” in Italy’s justice system, which has “a large stock of judgements that are waiting in line”. However, he notes that Tikehau often adds a layer of protection in creditor agreements by taking a pledge on sponsors’ Luxembourg vehicles – a pledge that is subject to the laws of the grand duchy rather than Italy.

“The legal regime has seen some significant improvements over the last five to seven years on a number of points like collateral and restructuring,” notes Francesco Di Trapani, senior adviser for southern Europe at Pemberton in Milan. After taking these into account, he says Pemberton feels no need to demand an extra spread for lending to Italian companies.

Di Trapani also cites Italy’s increasing attractiveness at both the micro and macro levels. He notes the presence of high-quality manufacturers selling into the BRIC economies’ increasingly wealthy and discerning middle-classes, and prospective investments by the EU’s post-pandemic recovery fund that could boost Italy’s long-term economic growth.

Torre de Silva of Ares says the recent economic turbulence has provided a test of how a Spanish business might fare in a downturn: “If you select companies that have performed well over the last couple of years, you are probably lending to companies that will remain safe in the future.” He says the macro picture is far from dismal, and that although Ares has a special opportunities strategy, “government stimulus during the pandemic initially limited the opportunity”. He expects “a more robust market for special opportunities when companies start to face maturities”.

Spanish tourism may take longer than other sectors to bounce back. There is also the risk that Catalonia might break away. Pro-independence parties won 51 percent of the vote in a February regional election, but the national government has ruled out a referendum on secession for the region. Independence would hit businesses in the rump of Spain – and Catalonian companies even harder. An independent Catalonia would have to apply to join the EU, which Spain might block.

It therefore stands to reason that direct lenders have particular concerns about tourism in Catalonia. A senior corporate financier says they will not offer financing for Catalonian hotels at loan-to-values above 45 or 50 percent; that compares with the 65 or 70 percent they would offer for similar properties in Madrid.

The financier says “all the money that is leaving Barcelona” – Catalonia’s largest city – “is coming to Madrid” – the largest city in Spain. Some direct lenders refuse to lend to any Catalonian businesses. However, the financier says this reluctance is less pronounced for businesses with a national or international presence: “We work with a lot of Catalonian companies that are very well-diversified, with only 5 or 10 percent of sales in Catalonia.” Mecalux is a case in point. Its head office is in Barcelona, but it is a global business.