China is set to be one of the biggest non-performing loan (NPL) markets outside of Europe, according to a report from law firm Ashurst.

A study of NPL investment trends, titled A Global NPL Perspective, found that China has been the most popular country outside of Europe for investors over the past two years and will continue to see significant investments in the coming years.

A survey of investors found 57 percent have invested in NPLs in China over the past two years, well ahead of other countries with India the second most popular destination on 27 percent. Thailand, Brazil and the Middle East each saw commitments from 20 percent of investors surveyed.

China is now in its second NPL cycle, having completed its first between 2001 and 2008. The first round saw limited success for offshore investors due to China’s opaque legal system, political and strategic issues, currency controls and reluctance in courts to enable foreign owner restructurings.

However, structural reforms since then mean the second NPL cycle in China is taking off with foreign NPL investors. Reforms include the additional 50 regional managers capable of selling loans, improved auction infrastructure, OTC trades and securitisation projects. The country has also embarked on legal and structural changes which give greater legal certainty.

Lastly, the Chinese government has been testing initiatives to facilitate offshore investments in NPLs, including a pilot programme launched in June 2017 to enable cross-border NPL disposals via Shenzhen. In May 2018, the government extended and enhanced the programme to allow commercial banks and asset management companies to engage in private sales of NPLs to bypass court-administered processes.

“These initiatives come at a time when commentators widely expect China’s NPL ratio and volumes to rise dramatically,” Ashurst said. “This is largely as a result of Beijing’s tightening of NPL reporting standards and the China Bank and Insurance Regulation Commission’s push towards accurate NPL recognition by banks.”

However, despite the improving landscape for overseas investors into China, Ashurst said acquiring NPL portfolios in the region will remain challenging for European and US investors due to dominance of domestic investors in the market. It noted that only a small number of the largest investment houses have been able to compete successfully, though a changing economic climate in the country could work to the advantage of overseas investors. 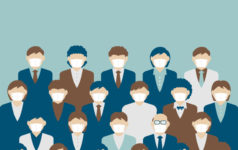 What Indian credit managers are seeing amid the pandemic