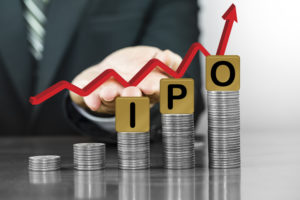 The New York-based firm, overseen by Owl Rock Capital Partners, priced its IPO of 10 million shares at $15.30 on the New York Stock Exchange. The shares opened Thursday trading at $15.50 and reached an intraday trading high of $15.86 and low of $15.02. It closed at $15.48. The firm is now one of the largest publicly-traded BDCs, with $6.98 billion in total assets.

Owl Rock Capital Corporation is set to go public next week in a move that could raise more than $150 million, according to a registration statement filed with the Securities and Exchange Commission.

The New York-based business development company’s initial public offering could bring in as much as $154.85 million, with Owl Rock offering up to 9.5 million shares at a price range of $15.30-$16.30. Based on a midpoint price of $15.80, the firm expects $138.6 million in net proceeds. The deal’s underwriters also have a chance to purchase an additional 1.43 million shares.

Owl Rock’s net asset value per share as of 31 March stood at $15.26, per its first-quarter earnings report.

Upon the closing of its IPO, the firm’s external advisor will charge a 1.5 percent management fee on gross assets, excluding cash and cash equivalents. In the past 12 months, the BDC has paid $55.30 million in management fees, according to the LPC BDC Collateral database.

The firm will also charge a 17.5 percent incentive fee over a 6 percent hurdle, according to the offering’s registration statement.

Owl Rock plans to list on the New York Stock Exchange under the ticker ORCC. Goldman Sachs is the lead left book runner, which is joined by 11 other investment banks. Owl Rock’s investors’ shares will be locked up for six months, after which one-third will be released, according to the regulatory filings. The remaining two-thirds will be released over the following six months.

In November, Bain Capital Specialty Finance was the most recent BDC to complete an IPO, which raised $147.3 million before expenses, according to the firm’s first-quarter earnings statement.

Owl Rock has seen a bevy of capital inflows recently.

The firm held an interim close on more than $1.1 billion for its initial drawdown fund, the Owl Rock First Lien Fund. The vehicle is looking to invest in upper mid-market businesses with at least $75 million of EBITDA and will charge a 1 percent management fee on invested capital and carried interest. In addition, it has raised a technology-focused BDC, Owl Rock Technology Finance Corporation, that has raised $1.9 billion.