Pathlight Capital held a final closing of its inaugural fund, Pathlight Capital Fund I, at $540 million, surpassing its target of $500 million. The firm will use capital raised by the vehicle to invest in companies throughout North America within the retail and consumer goods industries.

M2O acted as a placement agent for the fund. 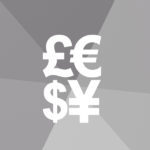