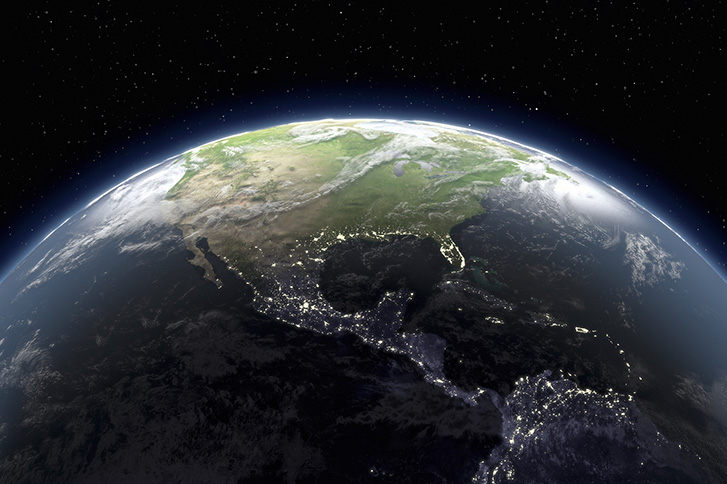 Managing funds covering a range of strategies, as well as occupying top spot in the PDI 50 ranking, Ares looks set for further growth. Its chief executive officer Michael Arougheti, who was named one of the most influential people in private debt in our most recent ranking, told Private Debt Investor that the firm sees expansion opportunities well beyond corporate direct lending and into “other types of self-originated, bilateral credit, including real estate and structured and asset-backed lending”.

Golub Capital proved a viable alternative to syndicated markets in July when it acted as sole lead arranger in a $950 million financing package for the take-private of Amber Road by Insight Venture Partners-backed software service provider E2open. With a strong focus on North America, founder Lawrence Golub told PDI in November that the firm’s portfolio companies had delivered a revenue increase of 10 percent and an EBITDA rise of more than 13 percent during Q3. The firm also successfully completed the merger of one of its private business development companies into the publicly traded Golub Capital BDC.

Twin Brook pulled in more than $2.75 billion for its third direct lending fund in June, exceeding its $2 billion target, and is now seeking capital for a BDC. With a focus on sponsor-backed transactions in companies with between $3 million and $50 million in EBITDA, Twin Brook places more emphasis on those with less than $25 million of EBITDA. Founder and managing partner Trevor Clark says this is in part because “many lower mid-market sponsors place greater priority on the quality of the relationship with the lender”. The firm deployed more than $3 billion in the first 10 months of 2019.

KKR and Ares Management teamed up to provide close to $5 billion in a financing package for the buyout of healthcare technology business athenahealth by Veritas Capital and Evergreen Coast Capital. Ares provided $1.1 billion of the total as a senior secured facility, thereby demonstrating the firm’s capacity to participate in larger deals in addition to its mid-market core portfolio.

Ares played a key role in second-lien positions in several large financing packages, including the $800 million privately placed facility in the Veritas Capital and Evergreen Coast Capital buyout of healthcare technology business athenahealth. It also served as arranger and bookrunner on a $900 million second-lien facility on the buyout of HR technology business Ultimate Software. Having closed a $3.4 billion dedicated North American junior lending fund in 2017, smashing its $2.5 billion target, the firm said in its Q3 2019 earnings call that it would be launching a successor in 2020.

Oaktree consistently shows why its name is almost synonymous with distressed debt. Oaktree Opportunities Fund X produced a 13.5 percent net IRR by the second half of 2019. The firm collected $2 billion for its Special Situations Fund II, beating its $1.75 billion target; the capital will be deployed in control-oriented debt and equity investments in mid-market companies experiencing distress or temporary dislocation in their business. Oaktree continues to command significant respect in the market. A GP told sister title Private Equity International last year the firm is a “great risk assessor of credit assets”.

BDC of the year

The industry’s largest BDC comfortably covered its dividend in each quarter and originated almost $5.7 billion in gross commitments in the first nine months of 2019. It has more than 350 mid-market portfolio companies across a range of sectors, with exposure largely concentrated in first- and second-lien senior secured loans. In a market characterised by newer arrivals, the Ares BDC is now more than 15 years old and reached almost $14 billion in total assets in 2019, a figure that has kept it in the top spot.

Golub Capital retains its spot as the largest mid-market CLO issuer for the year. According to CLO data provider CreditFlux, it also became the first CLO manager to price seven new issues in the US market in a single year since 2010, including a $729.88 million mid-market CLO priced in August 2019. This followed a year in which Golub blazed a trail for CLO issuance by BDCs: in 2018, the firm made an enquiry to the US Securities and Exchange Commission, which clarified that this form of financing was permissible, thus prompting more BDCs to tap balance-sheet CLOs through 2019.

The pension upped the ante on private credit, increasing its allocation to the asset class from 10 to 12 percent in 2019. It continued allocating to strategies and regions, such as Asia-Pacific, that other institutional investors have yet to venture into. In 2019, it had $600 million set aside for private debt and its commitments included $100 million to Clearlake Opportunities Partners II and $150 million to Asia Pacific-focused SSG Capital Partners V.

The firm’s real estate debt platform collected almost $900 million in 2019 for its open-end PIMCO Private Income Fund, which has a heavy focus on residential and corporate real estate, bringing it close to its $1 billion-$1.5 billion target. Investments from the fund so far include a first-lien mortgage for a New York hotel that is close to completion and a US re-performing mortgage loan. It has raised $1.19 billion for its PIMCO Commercial Real Estate Debt Fund and has just launched its third PIMCO Corporate Opportunities Fund.

The firm completed a fundraising for its AG Direct Lending Fund III in June 2019, garnering $2.75 billion, and making it the largest lower mid-market direct lending vehicle to date. The firm also launched its fourth fund in the series, which has already attracted more than $900 million. Speaking about the firm’s target market, founder and managing partner Trevor Clark told PDI: “Our consistent and long-term focus on the lower mid-market is a differentiator among the most active lenders in the direct lending space. Many of our historical lower mid-market competitors have made the decision to move to the upper mid-market as a way to deploy larger amounts of capital.”

The firm’s investment funds practice took on more than 160 new clients in 2019 and counselled some of the year’s largest fundraisings, including Oaktree Capital Management’s $1.2 billion Mid-market Direct Lending Fund and GSO Capital Partners’ $4.5 billion energy debt fund. The firm has also advised on mergers, including Crescent Capital BDC’s acquisition of Alcentra Capital Corporation’s BDC to create a combined portfolio worth more than $900 million.

Now working on a number of private debt mandates, the firm is advising White Oak Global Advisors on its next flagship fund, targeting up to $2.5 billion, and Angel Island Capital on its second credit opportunities fund. The firm expects further growth in private debt, with its head of private debt advisory group Richard von Gusovius telling PDI last year: “Private debt is increasingly being used [by investors] as a fixed-income replacement rather than an alternative asset class.”

Fund financier of the year

Macquarie Group has further grown its innovative liquidity management product, Settlement Solutions, which provides an effective advance rate for tenors up to 90 days and, in some instances, 180 days. In 2019, Macquarie funded more than $6.9 billion of loans in more than 235 mid- and lower mid-market financings. Macquarie continues to see an expansion in the product’s use cases.

Speciality finance lender of the year

Värde Partners brings significant firepower to the speciality finance niche. The firm has deployed capital into multiple consumer finance platforms, including an instalment lender with business in 44 US states and $17.8 billion for receivables, as well as a non-bank lender in Canada. Last year the firm also raised close to $2.5 billion for its 13th flagship fund and appointed a new co-CEO in Ilfryn Carstairs to work alongside founder George Hicks as he transitions to the role of executive chair.