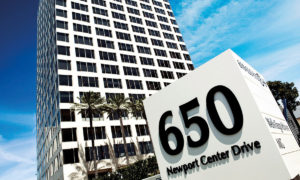 PIMCO has collected enough capital to put it almost 90 percent of the way to its minimum target for the firm’s latest open-ended multi-strategy fund, according to California pension fund documents.

The vehicle is an open-ended structure, giving its investors more liquidity than a locked-up fund, but PIF carries an initial two-year lock-up. It is targeting net internal rates of return of 8-12 percent with 6-7 percent of that coming from current income. It carries a 12.5 percent incentive fee over a 5 percent hurdle along with a 1.25 percent management fee.

The vehicle will target residential real estate and commercial real estate debt as well as specialty finance and corporate credit investments. So far, the firm has seven positions in the fund.

There are four investments in real estate credit: three on the residential side – US re-performing mortgage loans and a pool of UK owner-occupied mortgage loans – and one on the commercial side, a first-lien mortgage for a close-to-completion New York hotel. In addition, three positions have been taken in specialty finance investments: financings for newly-originated consumer loans, credit card receivables and non-performing loans.

The vehicle has yet to make any corporate debt investments. An investment note from VCERA consultant NEPC notes that PIMCO is “cautious on the corporate lending space because of the amount of competition and the mature credit cycle”.