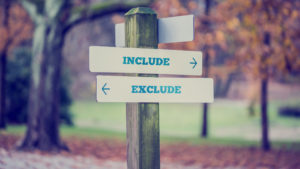 Update: The Alameda County Employees’ Retirement Association full board will take up the proposed programme after the pension fund’s investment committee signed off on the changes at its 11 September meeting, according to a spokesman for the pension fund. Absolute return and private credit were omitted from the emerging managers programme because the asset classes are new to ACERA, he said.

The current EIM programme was established in 2008 and applies only to traditional asset classes.

Chief investment officer Betty Tse wrote to the pension’s investment committee in a memo: “Staff and [investment consultant] Verus believe expanding the number of asset classes in the EIM Policy will enable ACERA to take advantage of opportunities outside of the traditional asset classes; and therefore, enhance potential of the EIM programme to increase its value.”

ACERA also plans to increase the size of the EIM programme from 1 percent of total plan assets to 5 percent over the next 10 years and adds a definition of private markets EIM fund. The retirement plan classifies those emerging managers as firms that are on their first or second institutional fundraise and have less than $5 billion in assets under managements.

A private markets manager “graduates” from the EIM programme once it has more than $10 billion in assets for four consecutive or has a track record of the relevant strategy exceeding five years, the documents show.

Private equity is the largest alternative asset class that garners support for debut managers, according to PDI’s annual LP survey, PDI Perspectives 2019. Asked about whether firms invest in first-time funds across private equity, some 60 percent did; 51 percent did so opportunistically, while 9 percent had a defined allocation for such commitments.

For real estate and infrastructure, a majority – 56 percent and 62 percent, respectively – said they do not commit to first-time funds, the survey found. Private credit found itself in a similar boat with 58 percent of investors saying they will not back inaugural managers.

Some 37 percent of private credit investors, 34 percent of real estate investors and 33 percent of infrastructure investors commit to first-time funds, either opportunistically or out of a defined allocation.

An ACERA representative did not provide immediate comment on why the pension fund excluded private credit.