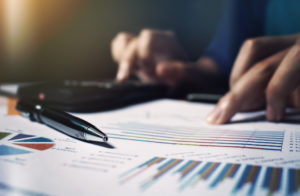 Corporate lending remains the primary focus for overseas fund managers investing in Chinese private credit, according to a report by PwC.

With US dollar-denominated capital fundraising for China private credit at record levels, the consultant found overseas investors were focusing on mezzanine and direct lending, special situations and distressed situations.

The report, Private Credit in China, said $6.4 billion had been raised for China private credit in the first half of 2019, according to data compiled by PwC based on fund manager disclosures and a third-party service provider.

PwC attributed the increased activity in Chinese private credit to a need for diverse investment portfolios among US dollar-based institutional investors and an expansion in products and service offerings.

The authors also noted that the activities of foreign private credit funds were probably not considered problematic by the Chinese authorities. Overseas investors have been encouraged to enter the private landscape since 2017 when China opened up its financial services sector, PwC said.

Referring to the curbing of credit channelled to China’s real economy from outside the regulated banking sector, the report added that the scope of China’s shadow banking crackdown had focused on maintaining social stability, which is not contradictory to foreign capital activity.

Offering his view on the scrapped investment quota for foreign institutional investors, James Dilley, a Hong Kong-based partner and an author of the PwC report, told Private Debt Investor: “It is another data point that demonstrates China is taking real steps to open up its financial markets for foreign capital.”

However, he did not think it would have a direct impact on private credit given the QFII schemes are for investment in publicly traded equities and fixed income.