Private credit secondaries seems to be maturing – is that your impression too?

That’s certainly what we’ve been seeing and consistent with a notable uptick in the secondary mandates we’ve been instructed on.

What was your role in the Ping An/Coller secondaries deal? How long did it take and what were the notable features?

Dechert acted for Ping An as fund counsel and as seller counsel on the transaction. The legal component of the transaction was completed within approximately four months with the commercial processes and discussions occurring two months prior to commencement of legal documentation. The transaction sees the sale of interests in Ping An’s credit fund of funds to Coller and another institutional investor.

The transaction is notable for being the largest private credit secondaries transaction at the time of completion, with a highly diversified portfolio covering 400 positions in over 250 companies, and spreading across a range of industries, such as professional services, healthcare and telecommunications.

Would you expect Asia-based institutions to make increasing use of secondaries?

Yes, we would expect to see increasing use of the secondaries market as the large volume of private equity funds and private credit funds that have been set up over the past years begin to mature.

What are the key considerations, including potential pitfalls, for parties on either side of a secondaries deal?

Key considerations include tax, disclosure rights to buyers and anti-money laundering. Buyers and sellers should conduct an in-depth tax analysis on the underlying funds’ tax position and commercially agree on the payment of any tax or potential tax liabilities at the outset. In addition, if the buyer is a fund of funds or has other investors backing the transaction, the parties will need to map out the disclosure rights with the underlying credit fund managers. AML is also an issue and should be addressed early to avoid any last-minute hiccups – particularly in a transaction involving multiple underlying funds. 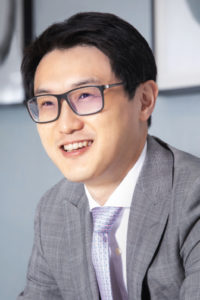 What’s your impression of the current state of the private debt market in Asia?

I think it is growing substantially. Our experience is, given the economic environment which has been greatly affected by covid, many smaller private businesses are tapping into private funds (including hedge funds and traditional private equity funds) for capital, by way of debt, for short-term funding for their businesses and operations as bank loans are not always available.

During the past year, we’ve seen clients frequently investing in private debt issued by businesses in real estate, hotel and leisure and aircraft leasing, and we have been part of those. We expect this to continue and businesses will increasingly tap private funds as a funding source as they are less regulated and much more flexible with their offering.