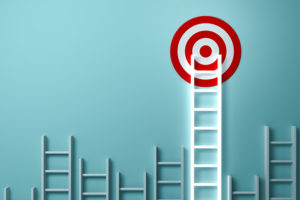 Silver Point Capital has held a close on its latest distressed fund, exceeding its hard-cap.

The Greenwich, Connecticut-based firm held a close on over $1.58 billion for its Silver Point Distressed Opportunity Institutional Partners, according to documents filed with the Securities and Exchange Commission. The fund was originally targeting $750 million with a hard cap of $1.5 billion, according to meeting documents from the New Mexico State Investment Council.

The documents also said that the fund will focus on distressed and special situations lending to mid-cap companies primarily based in North America. Investment scenarios include bankruptcy, refinancing, post-restructured equity and liquidations.

PDI previously reported that the fund will charge a management fee of 1.5 percent and will have an 8 percent hurdle rate paired with 20 percent carried interest. The fund plans on having a three-year investment period with the potential for a one-year extension.

The New Mexico SIC made a $100 million commitment to the fund and the Texas County and District Retirement System also committed $100 million.

Distressed debt fundraising plummeted last year, according to PDI data. In 2017, the strategy collected $66.6 billion, but in 2018, such funds raised only $23.45 billion, aided in large part by a $7 billion rescue lending fund from GSO Capital Partners.

Silver Point Capital, which declined to comment, is an investment advisor founded in 2002 that operates distressed and special situations credit strategies. The firm has more than $10.5 billion in assets under management.

Distressed debt lending looks to be heading in a positive direction after a difficult few years, according to a Private Equity Market Outlook report published by TorreyCove Capital Partners. The report predicts that the high-yield market will be “choppy” this year and suggests that distressed-focused firms should work on building up their dry powder for the looming market downturn.

“If historical trends persist, in the event of a credit crunch, approximately 10 percent of BBB-rated debt could transition to the high-yield universe,” the report stated. “Catching fallen angels may very well be a major theme when this credit cycle turns.”