I was invited to deliver the World Pensions Council lecture on ‘Private Asset Ownership in the Age of Trump and Xi Jinping’ at the Private Debt Investor Capital Structure Forum held at Glaziers Hall in the City (20 – 21 November 2019). On the way to the main auditorium, I noticed the intricate craftwork of the ancient vitraux (stained glass windows) – a testament to the beauty of Anglo-Norman culture. Their ancient motto spoke of glass and “the working man’s need for enlightenment”: it couldn’t have been timelier, as neoconservative commenters in Brussels and Berlin were aggressively murking the ideological lines, casting working-class Brexit voters from Northern England and Wales as “populist” and “uneducated.”

As the decade came to a close, I was asked to make a few “predictions about the future, that could be useful to asset owners and asset managers in 2020 and beyond”. I stressed four key trends, that, in my opinion, can only accelerate in the coming quarters: The end of laissez-faire globalisation, synonymous with The Age of Geoeconomics; The Asianized world economy, which I personally call the Eurasia–Pacific Continuum; the rapid rise of sustainable finance (‘SDG-driven investment’); and non-listed investments (‘private assets’), including private debt.

For neo-realists such as Prof. Edward Luttwak (author of ‘Turbo-Capitalism: Winners and Losers in the Global Economy’), these four phenomena are not coincidental at all: they’re intimately interconnected, mutually reinforcing, and will change radically the way nations and individuals deploy long-term savings across sectors, asset classes and geographies. I argued that the outcome of the 12 December 2019 general election in the UK was likely to displease Remainers, as “working-class northern voters will probably back Brexit-orientated candidates, at time when Labour is dangerously divided on that single issue”. [i]  I also argued that German and ‘EU-Core’ (Western European) economies were likely to enter a protracted period of very low growth, which, in relative terms (geographic arbitrage), would favour the UK, the US and the Asia Pacific area.

Paradoxically, the boldly realist ‘Machiavellian’ mindset of the Age of Geoeconomics (embodied by the choreographed competition of Trump and Xi Jinping) will go hand in hand with an acceleration of capital redeployment towards environmentally sustainable and socially responsible companies (equity and debt) and projects (infrastructure). Here, size matters: in spite of the Conference of the Parties (‘COP’) Climate Change annual summits, where EU, German and French politicians like to give moral lessons to the rest of the world, in reality, the fight for sustainable finance is being led by a handful of “pension superpowers”, only one of them from the European Union.

The US, Canada, Australia, the UK and the Netherlands, whose combined investment portfolios represent more than 75 percent of the world’s pension assets, are the ones investing massively in solar energy, windfarms, greentech and sustainable technology from East Anglia to East Timor, and, simultaneously, imposing more honest, transparent corporate governance norms on the likes of Volkswagen and Siemens. Not coincidentally, the world’s leader in the rapidly growing field of AI-powered software measuring gender inequality is based in Bristol: Gapsquare, which was founded by young Californian and Romanian entrepreneurs.

More importantly, Anglo-Saxon and Dutch pension funds are the driving force behind the secular quest for yield and ‘fintech’, which are fast transforming the world economy: from that perspective, they are more than 30 years ahead of their French, German and Belgian counterparts. As argued by myself and the Rt. Hon. Nick Sherry, founder of the Australian Ministry for Superannuation [ii], the secular trend towards private equity and private debt started essentially because of the Venture Capital Operating Company (VCOC) exception to the US Employee Retirement Income Security Act (ERISA) and the exceptional investment leeway attached to the notion of trusteeship in Australian law. Most mainland European countries still have rigid regulatory frameworks forcing asset owners to hold 70 percent-plus of their assets in government bonds and most of the rest in listed blue chips: a recipe for financial failure in the current interest rate environment.

*The tentative findings and personal interpretations and conclusions expressed in the article are those of the author, and thus do not represent the views of the Singapore Economic Forum, the World Pensions Council or the World Bank GIF or any of their members. 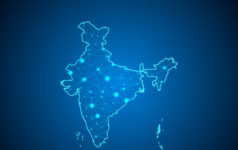