Institutional investors have been increasingly looking for asset classes uncorrelated with equities or bonds in recent years as they seek strong, diversified returns that will meet their liabilities or cashflow requirements.

This search has led some alternative asset classes to become crowded, with large groups of investors seeking non-traditional options in the ongoing low-yield environment, and where mainstream asset classes are now widely considered “fully valued”.

With appetite for new investment opportunities unsated, investors have become intrigued by the potential that exists from backing legal challenges, through litigation funders, say those familiar with the market.

“There seems to be a lot of appetite out there for these investments,” says Tim Wainwright, a partner at Eight Advisory. “There is more capital coming into the market and people are chasing opportunities. Investors are willing to take a bit more risk because it is part of the valuation equation for them.”

David Ampaw, a partner at law firm DLA Piper, adds that the market for more mainstream distressed debt has become “hot” and this, in turn, has made litigation funding a tantalising option.

“The returns on funding for quality providers have proven very strong, generally, to date,” he says. “Performance of litigation funding is largely divorced from the equity and debt capital markets, and there is often a quicker route to return.

“In terms of some of the special situations funds we work with, a multi-strategy approach also facilitates portfolio diversification as a risk mitigation tool.”

With investors seduced by the promise of another diversifier for their portfolio and litigation funders promising strong double-digit returns, it is easy to see why the market is attracting attention.

Burford Capital floated on the stock market back in 2009 and has since established itself as a recognised player by institutional investors globally. At the end of 2018, the company announced that a major sovereign wealth fund had signed a deal to back its future investments. The deal sees the unnamed fund stumping up $667 million, which Burford will match with a further $333 million of its own.

The growth of this market was also illustrated by funders Manolete Partners and Litigation Capital Management when they listed on the UK’s Alternative Investment Market in December.

A survey of 495 international lawyers published by Burford, in October last year, found that 77 percent of lawyers now consider litigation finance important to their business models. And, of those yet to use a litigation funder, 70 percent said they expected to do so in the next two years.

“Performance of litigation funding is largely divorced from the equity and debt capital markets, and there is often a quicker route to return”

With lawyers sending a clear signal that they value this market, there is plenty of optimism. An increase in the number of market entrants in recent years can partly be attributed to the success of businesses such as Burford and Habour Litigation Funding, which have shown the return potential to investors.

“Insolvency litigation and investor/state arbitration, in particular, are proving fertile ground for funders, albeit that they often require a longer-term commitment than many non-specialist funds are able to commit to,” explains Jason Yardley, a partner at international law firm Jenner and Block.

It was thought that they might harm the way that disputes were resolved by inflating claims or manipulating evidence. But, more recently, rules in many global jurisdictions, including the UK, have been relaxed, thus paving the way for litigation funders.
“All this has been made possible by a gradual relaxation around the world of rules prohibiting champerty and maintenance, or the funding of a dispute by a third party,” Yardley explains.

However, like any market witnessing substantial interest, there are consequences. Concerns have emerged that the market may soon suffer some growing pains from the deluge of new entrants.

In December, while Manolete Partners and Litigation Capital Management were enjoying successful initial public offerings, rival Calunius Capital announced that it would cease investing in any new cases in the immediate future.

“For the funder, [corporate portfolio funding] is more beneficial [than single-case funding] as the risk is spread across multiple cases and it provides increased visibility on potential returns”

In an announcement, Calunius said it had committed all of the investors’ capital from the Calunius Fund 3 and confirmed that the partners were not seeking to raise another fund at the current time. Jenner and Block partner Yardley says that the move indicated that a shake-out of the market will “almost certainly” follow.

“Secondly, while the relaxation of rules prohibiting champerty and maintenance has allowed litigation funding to become a mainstream investment activity, courts are continuing to scrutinise closely the involvement of funders and the allocation of risk between parties.”
This second observation is topical. In April 2019, a high court ruling in the case of Davey v Money showed that a litigation funder can be found liable for additional costs in instances where it fails to win the case.

“As the very recent judgment shows, if they allow or encourage proceedings to be fought in an unreasonable manner, they will increase the risk of finding themselves liable for adverse costs in the event of an unsuccessful outcome,” Yardley explains.

The considerations for investors do not end there. A final consideration is to think about the amount of information available at the time of funding, market experts say.

“The high returns reflect the inherent risk and unpredictability of outcome in litigation,” explains Daniel Spendlove, a partner at Signature Litigation.

“Investment decisions are typically made very early in the life cycle of a case, when, in most cases, the full evidential picture is unavailable. Funders price this risk into the returns sought.”

For investors, the benefits of a more competitive market, however, are that litigation funders are starting to think about innovations to protect and improve the chances of returns.

Litigation Capital Management, for example, has recently moved to a corporate portfolio funding model, where the funder finances several or all the cases outstanding on a company’s book, instead of just one.

Nick Rowles-Davies, executive vice-chairman at LCM, says this decision is a departure from the majority of his competitors, which “remain fully committed to single-case funding.”
He explains: “For the funder, this type of financing is more beneficial as the risk is spread across multiple cases and it provides increased visibility on potential returns. This is less of a distressed investment and closer to a form of direct lending where the funding is secured against a company’s legal assets.”

Rowles-Davies believes that this is a largely untapped market with substantial growth potential and says that LCM is one of a small group of funders, internationally, that have already managed to successfully complete such a transaction.

“Investors should recognise that the traditional single-case funding model, where claims are financed on an individual basis, typically in distressed situations, doesn’t necessarily represent the future of the industry.

“While there will always be opportunities to generate returns through single-case funding, the growing number of funders makes this an increasingly competitive environment to operate in when you’re only willing to finance the strongest claims.” 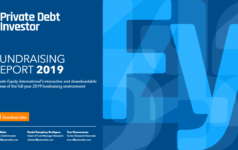 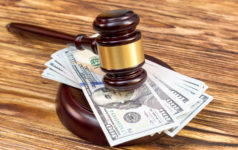 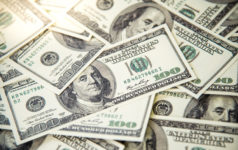