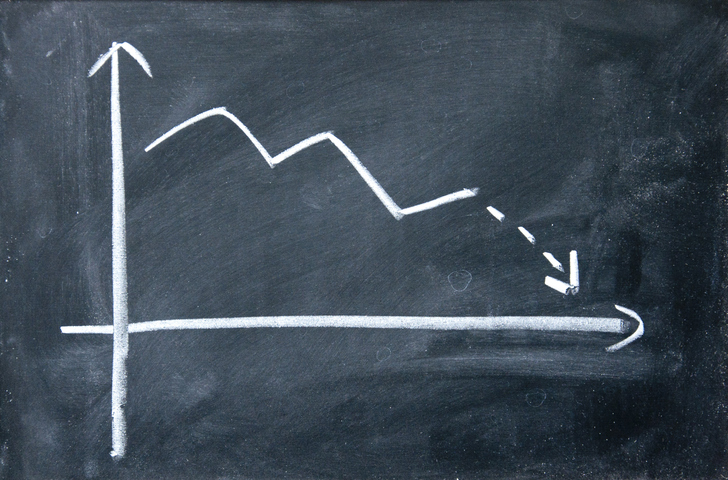 It’s never a good idea to be stuck in the middle. And amid the covid-19 pandemic, that refrain rings truer than ever in some parts of the subordinated debt market, which sits squarely in the middle of the capital structure between senior debt and equity.

“A lot of mezzanine funds are in trouble,” says Andre Hakkak, chief executive and co-founder of White Oak Global Advisors, a San Francisco-based private credit specialist. “Covid caught everyone off guard and turned the world into the haves and have nots.”

He cites companies like Amazon as the former and Gap – in a sector with pre-existing problems – as one of the latter. Mezzanine sponsors or lenders are “confused”, he says, because they don’t enjoy the security of the first-lien lender or the upside of equity. When the equity value in a deal declines and covenants are breached, if the mezzanine group is unwilling or unable to inject cash “the holy grail for senior lenders is ‘either take us out or we’re going to wipe you out’”, Hakkak says. At that point, “senior debt is the new private equity”.

Richard Wheelahan III, founding partner of Fund Finance Partners, an advisor to asset managers, says that unless the subordinated lender controls a large enough percentage of the capital structure to buy out the senior debt, “it’s going to be a long winter for the subordinated debt investor”.

So far this year, “lenders as a whole have been willing to provide near-term covenant relief and flexibility as private equity sponsors have been adding capital”, says Michael Ewald, global head of Bain Capital Credit’s private credit group.

However, Chris Reid, a partner in loan broker Cardinal Capital, adds that “you’re going to see more liquidations than ever” in the fourth quarter. “No one wants to be junior,” he says. “Everybody wants to be senior. What we’re seeing is a run to cash.”

Sponsored deals are faring better than expected and generally better than unsponsored ones, especially those in challenged sectors such as retail and hospitality. In sponsored deals, says Hakkak, “everyone is incentivised to work with each other” to get through the difficulties.

Jason Strife, senior managing director and head of junior capital and private equity solutions at Churchill Asset Management, says that in late March, when “the economy became paralysed, there was a very swift and impressive reaction” from private equity owners and management teams to rationalise costs quickly and create liquidity to make their portfolio companies more defensible. But for many mid-market companies, the long-duration event they had prepared for did not come to pass.

Waiting for a cure

Nevertheless, sponsored deals are not totally out of the woods, says Hakkak. Sponsors negotiate a cure period – typically nine months – when deal covenants have been breached. Counting from mid-March, that period will expire in December. If the economy does not recover significantly or a vaccine has not been developed by the end of the year, “that’s when the stuff is going to hit the fan”, he says. Meanwhile, “there are going to be a lot of casualties in between”.

Casualties are already mounting. Some 34 private equity-backed businesses in the US filed for bankruptcy from 1 March to 14 June, according to data firm PitchBook. Overall, bankruptcies were up 26 percent in the first half of the year compared with H1 2019.

Business owners and stakeholders are in “uncharted territory”, says Rob Powell, a partner at Cardinal Capital, and there will be many “forgotten businesses”. Those without cash reserves or that are fatigued from trying to raise capital “are just going to throw their hands up in the air”, he says.

“If you’ve lent to small, cyclical businesses, you’re going to be really hurt,” says Robin Doumar, founder and managing partner of Park Square Capital. “The BDCs have been absolutely hammered.”

However, he notes that Park Square’s portfolio companies, which typically have EBITDAs of $100 million, “have navigated the crisis really well”. Park Square invests mostly in healthcare, software and business services companies, and the equity investment below the firm’s position is usually nearly 50 percent, which provides a significant cushion. Mezzanine debt “has been a very good place to be, if you’re lending to high quality, large size businesses”, says Doumar, who notes that Park Square’s returns through the crisis have been “strong”.

However, he says that others have not been so well positioned: “There is a real differentiation around manager quality, and poor managers have been absolutely killed.”

Moreover, the numbers do not bode well for the economic outlook. US gross domestic product plunged by an annual rate of 33 percent in the second quarter, something Paul Gruenwald, global chief economist for S&P Global Ratings, described as a “black swan” event. The jobless rate in the US remains stubbornly high at 8.4 percent, while weekly initial claims for unemployment benefits in regular state programmes were holding steady at 884,000 at the beginning of September. At the time, Congress was still negotiating a new stimulus plan, and the $600-a-week addition to jobless benefits under the CARES Act had expired over the summer. Meanwhile, defaults in corporate credit are at their highest level since 2009. Rating agency Moody’s forecasts that the default rate in North American speculative credit will peak at more than 13 percent in March 2021.

Against a backdrop of rising defaults, “it’s eyes wide open right now,” says one limited partner, who also believes it is imperative to avoid hard-hit industries such as restaurants, energy, leisure and travel. “There is a material risk that those businesses may not exist in three to six months,” the investor says.

Consequently, they are focusing on whether managers in the current environment “have the ability to do workouts, whether they’ve been through the cycle before, and who they’re partnering with”. As a debt investor, “we shouldn’t have to take the pain; that should be for the equity guys”.

In the subordinated market, not surprisingly, “there have been very few new deals after April”, says Bain Capital’s Ewald. “As junior capital underwriters, we want to go and meet the management, but people aren’t traveling now”, which makes it difficult to perform due diligence.

Private equity firms, he says, are asking themselves whether “it’s really worth having their portfolio companies take on more debt given the pricing and then having another person in the capital structure who has a say if things go sideways?”

Subordinated debt issuance came to a virtual standstill this year, despite overall issuance through 24 August reaching $291.0 billion, the highest level since 2014, according to S&P Global Intelligence. The vast majority of this year’s new issuance, some $201.3 billion, came from unsecured debt, with the remainder secured debt. Subordinated debt peaked in 2005 at $21.1 billion, the S&P data show, and the figure has been steadily declining since 2010. Although investors were excited about distressed debt and dislocation funds when the pandemic first hit, the opportunity has been relatively short-lived and distressed debt is now “overbid”, says Park Square’s Doumar.

But not all subordinated debt is created equal. Fred Lim, a partner in Goodwin’s private equity group, says that given the increased restrictions on regulated banks, “there’s been a lot of growth” in deals using unitranche debt, which blends senior and subordinated debt under a single credit facility.

With fewer participants in the first-lien market acting conservatively and holding less per transaction, Strife says Churchill’s dealflow “is as good as it has ever been”.

He adds that while the market for leveraged buyout financing nearly closed down in April and May, it returned in June for tuck-in acquisitions. More recently, there has been a re-emergence of the leveraged buyout platform financing market ahead of the coming US election and the government stimulus running out.

Brett Hickey is founder and chief executive of Star Mountain Capital, an asset management firm that focuses on the lower mid-market. He says that after an initial period to gauge the impact of the virus, and to focus on portfolio companies’ cash positions and prepare for potential distress, his firm is going on the offensive. It has already helped its portfolio companies finance more than a dozen add-on acquisitions, including some from challenged competitors that had taken on too much debt and were forced to file for bankruptcy.

Hickey says Star Mountain has “pulled the throttle forward” and is “actively making investments for strategic growth and acquisitions”. He adds that it is benefiting from banks taking a pause in the lower mid-market, particularly for non-sponsored companies. Because Star Mountain has offices in 20 cities across the US, its employees are within driving distance of potential investments and can hold socially distanced meetings with managers.

Demographics also are spurring increased activity. “There has been a generational shift in an agitated market,” Hickey says. Baby boomer business owners who are nearing retirement are examining whether to sell their companies or undertake a tax-efficient management buyout. “This has been a phenomenal market for us,” he says, noting that the firm’s most recent fund raised more than $600 million, hitting its hard-cap.

Moreover, Star Mountain plays in an arena of smaller businesses that large asset managers generally avoid. Many businesses are “looking for some type of capital solution and don’t have a lot of choices of capital partners who can actively work with them”.

That said, uncertainty pervades much of the economy. “The big unknowns are bleeding into 2021,” says Churchill’s Strife, citing the trajectory of unemployment and the outcome of the election.

“Looking down the road, the hope is that things get better,” says Matthew Ginsburg, a partner at law firm Dechert. “To the extent they don’t, we’re probably going to enter a phase that folks in the business call a real workout.”