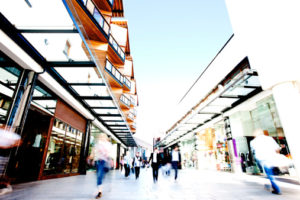 SVPGlobal, a major creditor of retail real estate investment trust Washington Prime prior to its June bankruptcy filing, completed a restructuring last month that significantly reduced the company’s more than $3.5 billion of total debt and positioned it to emerge from the covid-19 pandemic.

SVPGlobal saw a way forward for Washington Prime, even with concerns around the retail sector. One key was tapping into the stability of the REIT’s approximately 55 open-air centres. The other was reducing the REIT’s significant debt load and privatising the company, Victor Khosla, founder and chief investment officer, told affiliate title Real Estate Capital USA.

“Open-air malls, which are businesses that have anchor tenants that are companies like Wal-Mart or Target, will have very long-term leases,” Khosla said. “These businesses have been growing over the past five years and have been underpinned by predictable cashflows. The stability of the open-air portion of the company’s portfolio made it possible to make interest payments. You just needed to get through the excessive leverage.”

SVPGlobal acquired about $500 million of the junior debt and was able to lead a group of creditors to restructure the company because it believed in the potential for growth and the ability to make some operational differences to the portfolio, Khosla said.

“Yes, there are naturally some issues with Washington Prime’s 43 enclosed malls, given what has been happening in the space over the past decade,” Khosla said. “Washington Prime has done a reasonable job in pruning the portfolio more closely over the past three to four years, but obviously parts of it are still tough and challenging.”

In the restructuring, SVPGlobal reduced the senior secured debt to $1.2 billion and equitised the junior debt. SVPGlobal also infused $300 million of equity into the company. These moves also increased the faith from the REIT’s lenders and partners that there was a way forward.

“I think creditors got comfortable because of mall values (particularly open air) and we were able to inject so much fresh capital,” Khosla said. “Still, these deals are tough to execute and there are a lot of moving parts. The business is under stress with the strain of going through bankruptcy. There was a good management team, but you also had to deal with the leverage and the costs of being a public company.”

Bigger picture, the company is working to diversify its portfolio globally. This includes biding its time as distress emerges in the leisure and office sectors as a result of the covid-19 pandemic.

The company has invested about $1.7 billion in real estate over the past 18 months, most of it in the United States. “Going forward, we think the private opportunity is bigger in Europe than it is in the US. It has just been slower to take off,” Khosla said, noting that the firm has expanded its team on the ground in the region.

SVP Global can pounce on opportunities in many different ways, including investing as either an equity or a debt investor. The company has a bench of about 55 investment professionals who are equally split between the US and Europe, with a similar divide for its real estate portfolio. Real estate fits within the company’s hard assets bucket, along with infrastructure and aviation.

“The real estate platform is a broad platform where we invest in debt, provide financing, as well as make minority and majority equity investments in real estate businesses. Washington Prime is a good example of a majority control deal,” Khosla said. “If you look at what we’ve done historically or what we’ve done in the last three months, it gives you a sense of our broad capabilities and what we will be doing over the next five years.”

After making a significant retail play, SVPGlobal is looking at other sectors.

“In the retail sector, Washington Prime is our main focus,” Khosla added. “With about 100 retail centres, it’s big. And when we look at other retail opportunities, we are not sure if any offer that kind of scale. I don’t think we will see anything comparable as an opportunity in terms of size or scale in retail in the near term.”