Just in case you’ve forgotten, mid-market lending used to be all about the banks. Along came post-global financial crisis regulation and suddenly it was all about the non-banks. And this was the way it was supposed to stay, with the non-banks – mainly in the form of direct lending funds – continuing to increase their market share.

But then along came deregulation. They may not exactly be household names, but two companies in the US – roofing distributor SRS Distribution and education software company Renaissance Learning – may come to possess a significant place in the ongoing story of corporate lending. These sales processes, which took place last year, both featured debt packages offered by regulated banks with leverage of 7x and 7.75x respectively, according to a Reuters report.

The importance of this is that lending at these multiples busted through the 6x leverage limit adopted by regulators in 2013 in an attempt to curb risky lending practices. Of course, the guidelines were only ever that – guidelines – and had been steadily chipped away even before the Republican administration waved through more liberal practices with their regulatory rollback.

A more aggressive banking stance is not just happening in the US, but in Europe too. In a recent roundtable Vanessa Brathwaite, a portfolio manager of senior loan funds at Paris-based manager Tikehau Capital, said she was seeing banking competition intensify, particularly in Spanish and Italian club deals. “The retrenchment of banks from the market is what gave birth to direct lending and now we see them [the banks] popping up again,” she noted.

A survey by Refinitiv provides the data to back up this pervading sense that the banks are once again flexing their muscles and beginning to encroach on territory debt funds have seized. Although the survey shows alternative lenders increasing their appetite for lending at a 6.5x multiple or higher, banking appetite at this level saw a much sharper increase – the number of banks prepared to lend at between 6.5x and 7x leapt from 7.7 percent to 21.4 percent over the preceding 12 months.

Moreover, a survey from investment bank GCA Altium found banks in Germany’s LBO mid-market beginning to reverse the remarkable advance of debt funds in that country since 2012. In the third quarter of this year, the banks raised market share versus the debt funds from 44 percent to 54 percent. This is only one quarter, of course, but there’s arguably a kind of symbolic significance in them having won back more than half the market.

Of course, there are many reasons why the lending market has shifted in recent years towards non-banks. Many borrowers view them as more innovative, more flexible and better long-term partners than the banks ever were. That said, we’re not the only ones highlighting certain underwriting practices that could ultimately damage funds’ reputations. If they come to be seen as “just as bad” as the banks, the choice may be a poor one – but it may also be more of an equal one. 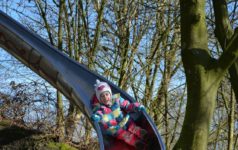 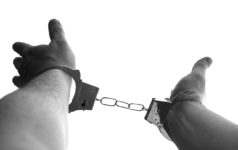 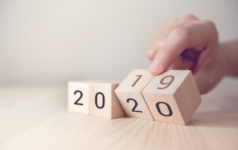