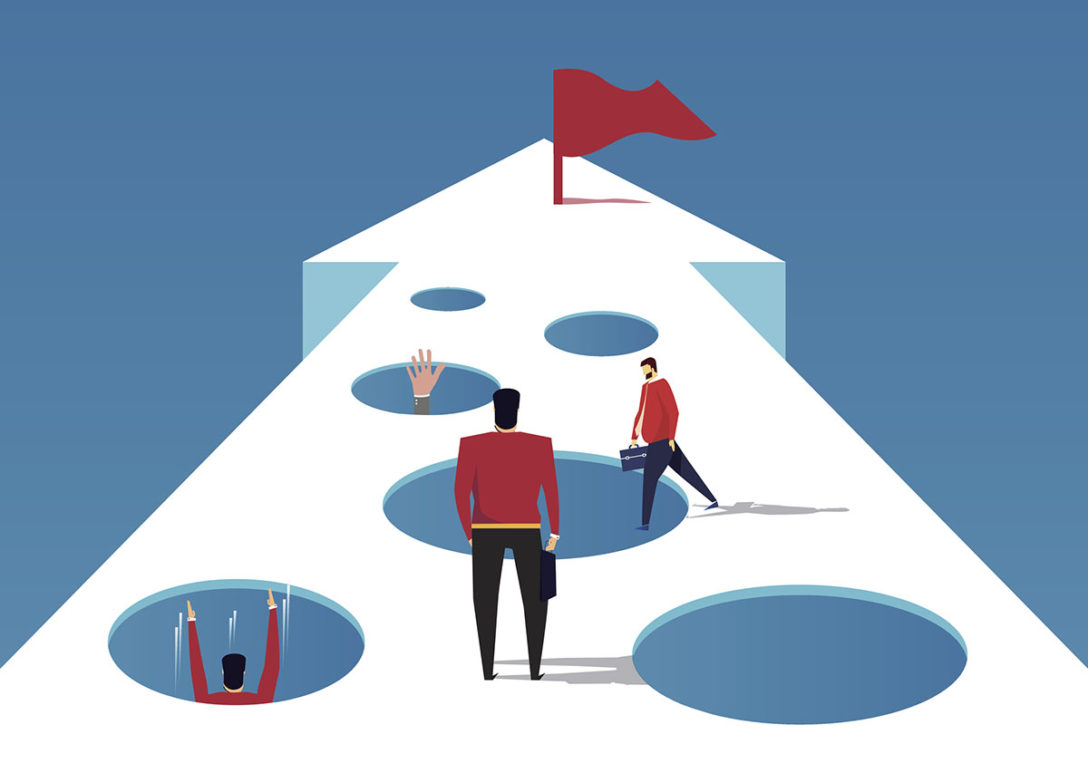 Investors looking for favourable returns have been facing headwinds due to high private equity valuations – fuelled, in part, by a competitive landscape for new lending opportunities.

Despite mounting corporate debt, the influx of government stimuli and available liquidity from the capital markets have helped to keep investment entry points high.

Corporate borrowers, even those of lower credit quality, continue to benefit from an oversupply of available capital in the bank and bond markets, low yields, flexible terms, and long maturity dates.

Of course, these factors do not change a borrower’s underlying credit qualities, its true leverage – after removing aggressive adjustments to EBITDA – and, in many cases, its prospective cash burn amid the challenge of maintaining sufficient working capital.

S&P Global Ratings forecasts a base case default rate of 9 percent for speculative grade debt. This is higher than the historical rate of default over the past 10 years, but may be skewed given the covenant-lite nature of many deals.

The conversion will take place through a consensual process, a formal bankruptcy or a state-law process that binds creditors. The strategy may be employed as a Plan A or as a Plan B if a ‘pull-to-par’ thesis fails.

A DFC strategy is available to investors via three means: the purchase of loans or bonds in the secondary markets; the making of new loans to the target, including in anticipation of chapter 11 bankruptcy in the US – a ‘pre-DIP’ debtor-in-possession process, as it is sometimes called; or the funding of a DIP loan after the target files for chapter 11.

In each of these scenarios, the investor should have a carefully designed path to a controlling equity stake. This may be especially complicated when the investor’s debt position is less than 100 percent of the outstanding debt of the target.

UCC statutes provide a path for secured creditors to exercise remedies, including foreclosure on pledged equity interests or assets. A foreclosure on equity, however, may require a public auction that permits third parties to bid on such equity. This could result in a less-than-desirable recovery, not to mention a longer timetable that would be disadvantageous to targets experiencing liquidity challenges. All of the foregoing challenges on equity foreclosures are ultimately prejudicial to an investor’s potential returns.

Foreclosure on assets, though potentially quicker, is often challenging when assets are spread across a number of US states or a target’s subsidiaries. Foreclosure under a UCC statute is effected on a state-by-state basis without any consolidated process, making simultaneous foreclosure on all assets more challenging and riskier to achieve.

Lastly, a state law foreclosure process is not typically overseen by a court so the transfer of title to the assets – if an investor eventually achieves such a result – is not protected by a definitive court order.

This means the transfer remains subject to potential challenge by other creditors. Such a challenge might be made on the basis of failure of notice or because an investor has failed to act commercially reasonably – a concept not specifically defined in the applicable statutes.

Alternatively, it might be made on the grounds of the target being an alter ego, and the claims of creditors may not be severed even though foreclosure has occurred.

In any case, the risk that the target files for chapter 11 is always present. Such a filing will result in the immediate stay of any state law foreclosure actions and any exercise of creditor remedies.

To the extent the target agrees to a foreclosure process, agreements between the investor and the target may be put in place to more smoothly transfer ownership of the pledged equity or assets to the investor. However, risks arising as a result of the claims of other creditors persist.

None of this is to say that an out-of-court process should not be attempted, but it should only be attempted with careful attention to mitigating third-party risk.

By comparison, an in-court process eliminates the risk of attack by third parties once the bankruptcy court enters its final order approving the disposition of pledged equity – or, more commonly, assets – to the investor.

Moreover, in situations where a target’s assets are spread across a number of states and subsidiaries, the bankruptcy court process consolidates the foreclosure into a single court action so that a result can be achieved simultaneously with respect to all such assets.

The in-court process may be effected in two ways. The first involves a sale to which third parties are invited to bid. However, the investor’s bid could be up to the full face value of its secured claim, which often exceeds the actual dollar amount paid by the investor for such a secured claim.

The second way involves a plan of reorganisation where the investor is the sponsor. Often, the sale to the investor can be negotiated prior to starting the chapter 11 process through a stalking horse asset purchase agreement. This agreement is then used as the benchmark for other potential bidders.

Before making an investment in existing debt facilities, an investor should conduct thorough due diligence on the capital structure and investigate the covenants in debt documents. This should be done not only to understand the provisions set forth in such documents, but to identify any customary provisions that are absent.

The provisions that are not contained in the debt documents can often have a material impact on executing a DFC strategy, especially where the investor is acquiring less than all the debt issuance or less than a majority of a debt issuance.

For example, consider a scenario where the non-consensual strategy involves quickly foreclosing on the voting rights of pledged equity in order to replace a target’s board of directors, yet there is no mechanism within the definitive debt documentation that enables such action to occur without the borrower’s co-operation.

In addition to the risks described above relating to the passage of time, the potential for third-party bidders driving up pricing and the uncertainty of the process, an investor that owns less than the entire debt issuance may face challenges from minority investors within the same issuance.

These challenges may take a variety of forms, including claims of a breach of the debt documentation, claims of improperly coercive conversion terms, and claims that receiving a minority equity position in exchange for its debt is not a pro rata payment when the majority investor receives majority equity rights.

All this notwithstanding, and in light of a competitive new issuance market and high private equity valuations, DFC may well be a viable and successful strategy to gain control over a company’s equity.  It is one we are seeing more regularly and have deployed successfully in several recent situations.

Leonard Klingbaum is a partner in the finance group in New York and Milap Patel is a counsel based in Boston, Massachusetts, at law firm Ropes & Gray