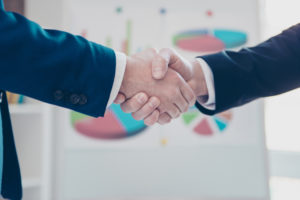 Tikehau Capital, a Paris-headquartered alternative asset manager, has formed a “business and capital alliance” with Tokyo-based T&D Insurance Group, according to statements from both firms last week. The agreement bonds both parties to develop a European private debt products marketing capability and a capital increase in the context of T&D potentially acquiring a stake, of a yet-to-be-determined amount, in Tikehau.

A Tokyo-based spokesman for T&D Holdings told PDI: “The agreement came as both firms plan to grow their sales and distribution capacity of European private debt products across the Japanese institutional market.” He declined to comment on details of the group’s existing stake in Tikehau Capital.

Two of T&D Group’s subsidiaries – T&D Asset Management and investment subsidiary TDUC – were disclosed as forming part of the agreement with Tikehau Capital.

As Private Debt Investor has reported, the French alternative asset manager is expanding its presence across Asia. It opened an office in Japan in the first half of the year to gain greater proximity to the country’s financial institutions, which have a growing appetite for European private markets.

Sergei Diakov is heading Tikehau’s Japan office, having joined the firm in April. The firm operates from nine offices globally, including three in Asia-Pacific: in Singapore, Seoul and Tokyo.

Bruno de Pampelonne, chairman of Tikehau Investment Management and head of Asia for the group, told PDI last week: “We will distribute our funds directly to T&D Asset Management clients, but in the long run we could create funds together … as our intention is to respond to the demand coming from Japanese investors to diversify their investments into the eurozone.” Tikehau Investment Management is the main platform of Tikehau Capital dedicated to asset management.

Nomura was an advisor to Tikehau Capital on its partnership agreement. A spokesman for Nomura declined to comment on the details.

As per Tikehau’s Capital Markets Day release, seen by PDI, the firm’s management indicated on 15 May that it would be launching a capital increase. In the same month it was confirmed that Morgan Stanley had acquired a 5.5 percent stake in Tikehau Capital Advisors, the principal shareholder in the firm.

In Q2 it completed private debt transactions with Voodoo, a French mobile game developer, and Revima, a French maintenance service provider in the aviation industry.

Tikehau also has four CLO vehicles. Data compiled by PDI show that Tikehau CLO IV, established in September 2018, is the latest CLO vehicle to be launched by the firm.

According to its earnings results as of the end of Q2, Tikehau Capital had €23.4 billion of assets under management. Its latest private debt AUM was disclosed as €8.4 billion.