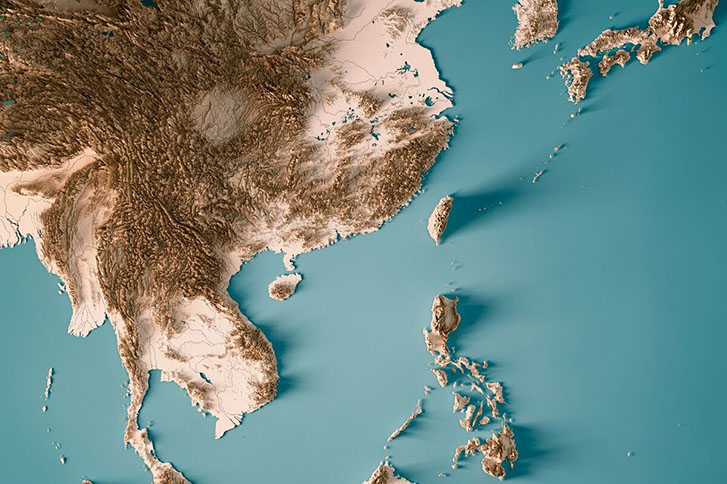 North America may be the leading region when it comes to private debt, but Asia-Pacific is active as well. Japanese pensions, South Korea’s sovereign wealth fund and Singapore’s Temasek Holdings are all making their presence felt, as are Blackstone and Allianz Global Investors in India. With Beijing also restricting offshore bond issuance, there is plenty for investors to keep on top of.

The latest Japanese LP to enter the scene is the Pension Fund Association for Local Government Officials, known as Chikyoren. Its public disclosures in May and September show it has chosen BlueBay Asset Management and Barings for its private debt mandate this year.

Chikyoren decided to allocate capital to private debt for the first time in July 2018, when it issued a request for proposal. A Tokyo-based senior investment officer overseeing the process told PDI that the LP was looking for private corporate debt investment opportunities in the US and Europe.

Japan’s Government Pension Investment Fund, the world’s largest public pension administrator by asset size, first expressed an interest in private debt in April 2017. In Q3 it took a further step by issuing an RFP for a market research project on the asset class.

A Tokyo-based spokeswoman for GPIF declined to comment on the details on planned private debt allocations in order not to influence the market. She added that GPIF’s external asset managers would make the investment decisions on behalf of the pension fund administrator.

Korea Investment Corporation has a return benchmark for private debt strategies and asset classes in the mid-to-high teens, net-of-fees, according to a source familiar with the matter. It is understood that the sovereign wealth fund’s in-house private equity team has also been overseeing its investments in alternative assets, including real asset financing.

Temasek Holdings is understood to have a target return in the mid-to-high teens for its private debt strategy. This benchmark has played an important role in helping the sovereign wealth fund determine which sub-strategies and assets to pursue and which private debt fund managers it will work with. PDI understands that Temasek, as of the end of 2018, had around $400 million of direct private credit exposure.

The recent defaults by non-bank lenders in India reflect the country’s subdued levels of liquidity, especially in the infrastructure and real estate financing sector. Almost a year to the day after Infrastructure Leasing & Financial Services defaulted on a series of interest payment and debt obligations in September 2018 Altico Capital India followed suit.

Disclosures by the Reserve Bank of India from August show IL&FS and Altico are both registered as non-deposit taking systemically important investment companies, or NBFCs-ND-SI, as per the central bank’s classification (there are 272 such entities listed with the central bank).

As Altico did not have sufficient liquidity to meet all its repayment obligations, it “paused further debt payment to protect the interest of all stakeholders”, according to a statement issued by the company on 22 September.

A source familiar with the matter has confirmed that Altico’s existing stakeholders have asked a local Indian bank to oversee its debt restructuring.

Acquiring non-performing bank loans has been another pillar of investments that foreign private equity and credit managers have been focusing on.

Unlike other India-focused opportunistic private capital firms looking to acquire bank assets via asset-restructuring company platforms in order to liquidate the assets, Blackstone is looking to take real estate and debt-saddled businesses and make them viable again through sustainable capital structures.

“As the market becomes a bit tighter, maybe in the next six to 12 months, all these 364-day and short-dated papers that we have seen might face a rough time”

Offering his view on how to price a target investee company on a relative value basis, Kishore Moorjani, a Singapore-based senior managing director at Blackstone Tactical Opportunities Group, says his team starts with a risk-free rate in India. It then adds premiums for foreign exchange risk, legal jurisdictional risk and other situation-specific factors.

What Moorjani’s team pays to the banks is contingent on two things: “What pricing level they will accept and whether that aligns with what we think is a fair return of the capital. And that is the price.”

On the performing credit investment side, Allianz Global Investors has, since its inception in November 2018, been ramping up its capabilities via a dedicated Asia-Pacific team based in

“Asia is not a monolith,” he says. “You have a lot of countries with different credit and business cycles and each of them is growing differently.”

The team provides US dollar-denominated credit solutions to performing borrowers. The financing has typically been used for acquisitions, re-financing and liability matching, cashflow matching to debt amortisations, or for growth capital.

For its senior secured debt strategy, the team is looking to lend at an operating level with a gross IRR in the high-single digits. For its mezzanine debt strategy, it is targeting returns in the mid-teens.

“Consistent with AllianzGI Alternatives’ broader strategy, we are looking to invest into real assets and extract returns,” Bhandari says. “We are looking at real cashflows of the investee companies … the way to get your return is via self-liquidating debt.”

“Asia is not a monolith. You have a lot of countries with different credit and business cycles and each of them is growing differently”

His team has started deploying capital across the core markets in South-East Asia, South Asia and Oceania. He notes that most of the asset types in which the team is looking to invest are in the consumer-driven, industrial and speciality chemical sectors: “Those will continue to form a big base of what we do.”

The Asia private debt team is the latest addition to AllianzGI’s alternatives offering. According to a London-based spokesman for the firm, it manages more than €24 billion in private debt globally. This includes infrastructure debt investment AUM via both closed-ended funds and separately managed accounts as of the end of June 2019.

The government’s latest policy guideline for commercial banks and regulation on corporate borrowing show how supply-and-demand dynamics relating to onshore capital are changing across China.

Ray Heung, a Hong Kong-based senior vice-president in Moody’s financial institutions group, tells PDI that commercial banks are not obliged to comply with the so-called 1-2-5 policy guideline. “This is more about the larger banks,” he says. “But the feedback that we got from that is basically they are reaching the targets.”

The National Development and Reform Commission – an agency under the State Council, China’s chief administrative authority – in September imposed restrictions on offshore bond issuance by Chinese residential developers. Now Chinese offshore borrowers can only issue US dollar-denominated bonds if they have existing debt to refinance.

Edwin Kam, a senior fund manager at Value Partners, a Hong Kong-headquartered asset management firm, says liquidity has tightened. His observation is based on the greater number of short-term US dollar-denominated debt notes being issued, with maturities of 363 or 364 days.

“As the market becomes a bit tighter, maybe in the next six to 12 months, all these 364-day and short-dated papers that we have seen might face a rough time,” he recently told a Harneys litigation and restructuring seminar.

Offering his outlook on a spike of defaults this year in the Chinese onshore debt market, Kam says he has already seen an increased level of defaults in the onshore corporate bond market. He notes that offshore debt markets seem healthier because offshore corporate bond issuers tend to be bigger companies. Some are also listed on multiple stock exchanges, including in Hong Kong, mainland China and even in the US.

“But mind that we are seeing more – let’s say – ‘funky’ exercises, or incidents like debt exchange exercises, or some situations like offshore bonds paying the interest, but they already defaulted onshore,” he says. China’s offshore US dollar-denominated bond market is much smaller than the onshore equivalent.

As the Asia Securities Industry and Financial Markets Association, an industry body, explained in its latest report, published in June, there was $53.7 billion of Chinese dim sum bonds (yuan-denominated bonds issued in Hong Kong) outstanding as at the end of 2018.

However, challenges remain as the definition of offshore loans seems to be changing, especially for those that are lending offshore from Hong Kong and Macao.

As Yichen Zhang, the founder, chairman, and chief executive of CITIC Capital, told the Milken Institute Asia Summit 2019: “Capital from Hong Kong and Macao was considered as foreign capital in the past. But it is not certain this time.”